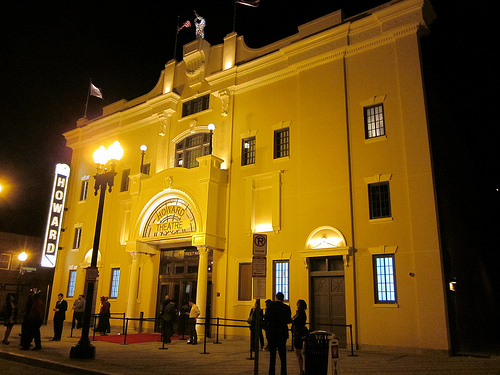 Full disclosure – I was on the panel that recommended the winners.

Here’s how the Howard Theatre looked in 1994: 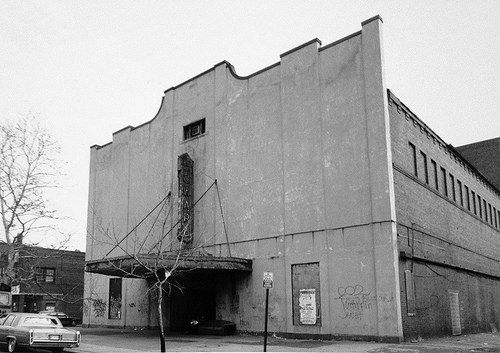 “We are honoring the return to glory of some of our most cherished neighborhood landmarks and institutions,” said Mayor Gray. “Historic Preservation is a driving force in the development and growth of the District of Columbia as more and more people are drawn to the vibrant historic neighborhoods of our beautiful city.”

Since 2003, the District government has honored over 125 outstanding projects, programs and individuals for exemplary work and commitment to historic preservation in Washington, D.C. This year’s awards recognized 50 individuals, businesses, District agencies and local organizations.

Awardees include the restoration of the historic Howard Theater; the return to production of Rock Creek’s Peirce Mill; the reconstruction of long-neglected Georgetown cobblestone streets; and the transformation of a nationally-recognized science organization’s headquarters facing the National Mall. The award-winning projects represent an investment of $152.5 million in historic districts and landmarks in the District.

Highlighting the event was Mayor Gray’s presentation of the Individual Lifetime Achievement Award to Ann Hughes Hargrove, longtime resident of the Washington Heights Historic District. Hargrove, active in the establishment of two historic districts, is a preservationist and veteran community zoning advocate who was also a driving force in efforts to curb billboards in the District’s commercial historic districts.

“We are excited to honor a number of stellar projects, individuals and education efforts that demonstrate how historic preservation can revive landmark structures and highlight community heritage that enhance the unique character of Washington,” said Harriet Tregoning, Director of the Office of Planning.

Complete List of 2013 Awards for Excellence in Historic Preservation Winners after the jump.

War of 1812 Archaeology Projects: Two archaeological projects straddling the District/Maryland Line, one led by the Benjamin Harrison Society (U.S. Reservation 520) and the other by the Maryland State Highway Administration (Eastern Avenue Extended), to expand our knowledge of the War of 1812.

The Clara, 301 M Street and 1202 3rd Street, NW: The Meehan family has returned a bright shine to a rundown corner in the Mount Vernon Square Historic District creating historic and vibrant living spaces for their tenants. Bob and Susan Meehan

Brownley Building, 1309 F Street, NW: Recreation of the first story façade returns this downtown building to its intended beauty as one of DC’s best examples of Art Deco architecture.

Ann Hughes Hargrove: Active in the establishment of two historic districts, this preservationist and veteran community zoning advocate was also a driving force in efforts to curb billboards in the District’s commercial historic districts.