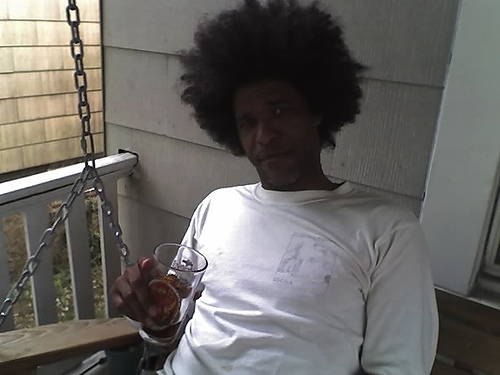 Joe is also a neighbor of mine. PoP-Ed. posts may be submitted via email to princeofpetworth(at)gmail please include PoP-Ed. in the subject line.

I moved into Washington DC onto Capitol Hill in ‘88. Moved into Petworth in ‘01 after living in DuPont, Adams Morgan, Mt Plesant and Columbia Heights over the years.

Needless to say I’ve witnessed one or two changes in the city in general and in these neighborhoods in particular.

Closing of Pennsylvania Ave in front of the White House. Opening of G St NW in front of Martin Luther King Jr. library. Barricades and fortifications for the creation of a military base type of enclosure around Capitol Hill. Construction cranes touching the sky all over town. Reaching up out of gigantic deep holes in the ground that spanned the entire city block. Target and TGI Fridays following the lead of Starbucks, and now Wal-Mart finally pushing into the city. Attempting to unleash a massive blow to independent business. I saw these changes but didn’t understand them. At least not until I saw young white girls pushing baby strollers down 14th St where street escorts used make themselves available for Johnny day and night. In this moment I knew why my rent went unchanged for 10 years, then suddenly quadrupled.

In all this time I have never even had a harsh word from anyone because I was standing outside of a home longer than someone was comfortable with. Something I have done all over this city since moving into the city. On the 15th of April I was both threatened and attacked for doing so. Now I’m an artist and a lover of architecture. All my years in DC I’ve enjoyed walking around different neighborhoods looking at houses. I’ve stood outside of many homes, either drawing them or checking out some detail. Many people have art in their yard, or flowers or herb bushes that I take time to enjoy.

Of-course more than a few things bother me about this incident. First is that it happened in my neighborhood where I’ve lived for the past 12 yrs. This very same home I have stood in front of many times before over the years. Fred Sanford has nothing on these guys. Secondly, the concerned outraged neighbor who caught up to me a block and a half away. Jumping out of his car. Yelling obscenities and waving a bat at me, was another black man.

It was 7 pm and we were a few blocks from the Metro Station so there were lots of people around who just like me was wondering, what in the hell kinda craziness is going on here? It took me more than a couple of minutes to figure out why this guy is yelling and acting like he wants to knock my brains out, but once I did I quickly realized that as far as he was concerned there was only one way to interpret my behavior and I needed to get a beat down because he had never seen me before and his neighbors were white. Yes, those were the reasons he gave for chasing me down and attacking me. He had never seen me before, and the house I was looking at belonged to white folks.

Not being one to be intimidated by anyone for any reason, things escalated very quickly, but a police officer soon arrived causing this misguided self appointed neighborhood guardian to put his bat away and the episode ended after I gave my statement to the police and the officer bid me good day. I went off down Randolph St fuming at how insane it was that I had to deal with that noise. Nothing I said to this man in any attempt to deescalate the situation mattered. He was determined that some how, some way not only was I wrong for looking at this house for a couple of minutes and I had to be a bad guy because I did so.

As I was heading on down the road I couldn’t help but realize that I too now had become victimized by the atmosphere of the times we live in. An atmosphere of fear not only manufactured by the actions of a Federal government which lives in my town, but also radiates out from the many changes taking place in my very own neighborhood. Compared to others victims like Skip Gates in Connecticut, Trevon Martin in Florida, and the Muslim man who was detained as a person of interest while his home was searched because of his injuries due to the tragic event that happened recently in Boston. I’m one of the fortunate ones.

Read more →
More Stories
Nooshi Opening in About a Week on Barracks RowHappy 7th Anniversary Duffy’s – “Free Wings and Tots for all”!!!