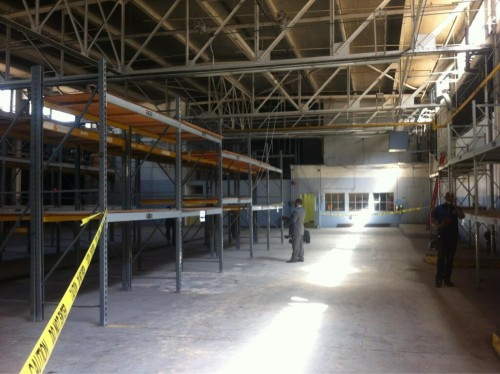 On Thursday The House Subcommittee on Government Operations had a hearing to address the future of 49 L Street SE. The Half Street Market blog wrote:

The hearing is being called to discuss “the costs to the taxpayer of underperforming or vacant Federal assets and, in particular, the status of the vacant GSA Warehouse located on L Street in southeast Washington, D.C.” The committee has invited representatives from the GSA, GAO, and Ward 6 Council to testify on possible uses of the warehouse. Councilmember Tommy Wells (Ward 6) and Ed Kaminski (ANC 6D02) have been invited to testify.

“Has anyone considered some won’t want to spend $19 million to build another Union Market, which many in DC can’t afford?”

“We already have @EasternMarketDC and @UnionMarketDC — hard to see a third this close being best economic use.”

So what do you guys think – should DC buy the vacant L St, SE warehouse for $19 million and convert it into a new Market? If not, what do you think should become of the old warehouse?

photo by Rey Lopez From an email: “Nestled in a hidden alley between L and M Street (Midtown Center), Little Chicken, the new fried chicken concept from Grazie Grazie owner,…