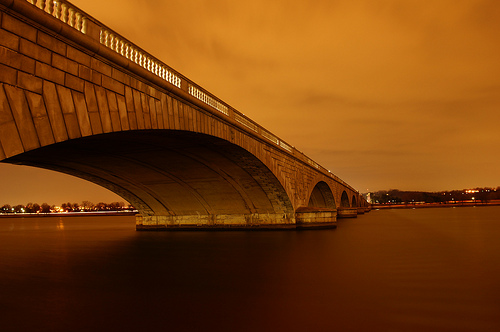 I drove over the Memorial Bridge into DC just after midnight tonight, and came across two policemen who had stopped for a motorist with a flat tire. They blocked the lane with their own cars, set out flares, and were out in the windy, 32 degree evening helping to put on the spare.

I don’t think tire-changing is part of the MPD’s typical service list, and the car wasn’t impeding traffic, so thought it was nice of them to go out of their way on such a cold night.