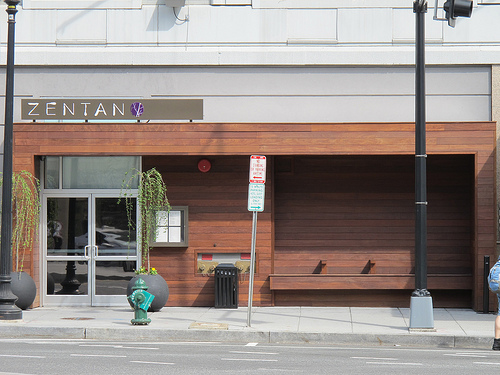 Zentan and Kimpton Restaurants are pleased to announce the arrival of Jennifer Nguyen as new executive chef. Chef Nguyen joins the Zentan team with more than 10 years of experience from top kitchens in Philadelphia, San Francisco and Las Vegas, having worked in award-winning restaurants including Chef Masaharu Morimoto’s Morimoto and Thomas Keller’s Bouchon. Chef Nguyen plans on taking the next several weeks to settle in to Zentan’s kitchen and Washington, and will unveil her new menus in May. Under the new chef’s leadership, Zentan’s cuisine, while remaining modern Asian in its style, will be strongly influenced by Japanese flavors, representative of Nguyen’s strengths and experience. Kimpton Restaurants also announces that effective March 31, their partnership with Chef Susur Lee and Zentan will come to an end.

Nguyen brings unique culinary skills from her experience at an array of Asian restaurants, specifically in Japanese kitchens all over the country. While working at Starr Restaurant Group in Philadelphia, she trained under Chef Michael Schulson as sous chef at the Pan-Asian restaurant Pod, which was known for its prominent sushi bar program. She soon earned a promotion to chef de cuisine at the esteemed Japanese restaurant, Morimoto. With robust experience in several restaurant kitchens, she quickly landed a job as executive chef at San Francisco’s Ozumo, a Japanese restaurant known for its sushi bar, robata grill and sake lists, and where she also strengthened her skills in kushiyaki and sushi techniques.

A stint in Las Vegas afforded Nguyen the opportunity to cook at Bouchon and Wynn Las Vegas’ Red 8 Restaurant. Her desire to return to the East Coast brought her to Washington, where she brings her Japanese culinary expertise to Zentan. Her experience with sushi, omakase and yakitori programs will shape the new menus at Zentan, while her affinity for Vietnamese cooking and Thai ingredients will inspire the flavors of her dishes.

Founded in 2009, Zentan opened in partnership with Toronto-based chef, Susur Lee. Chef Lee and Kimpton have agreed to end their partnership at the restaurant and Chef Nguyen will now direct the kitchen and menu development at Zentan. More details on her menus will be made available when they are unveiled in late spring.

We previously judged Zentan back in April 2010. You can see their current menus here.