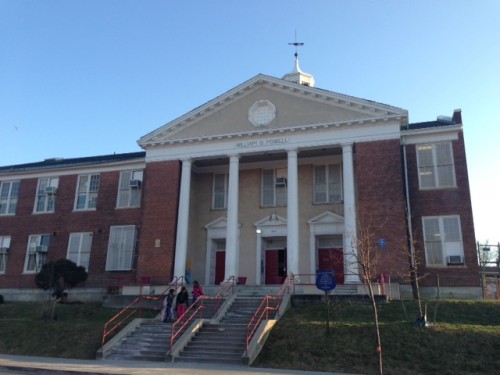 The following PoP-Ed. was written by Jonathan O’Connell, a Petworth dad.

PoP-Ed. posts may be submitted via email to princeofpetworth(at)gmail please include PoP-Ed. in the subject line.

Since it’s time for D.C. parents to make their school lottery and charter choices I wanted to point out that one of the most underrated DCPS elementary schools, particularly for preschoolers, is in Petworth — Powell Elementary.

Obviously I am biased because my three-year-old goes there, but having toured 10-15 DCPS, charter and private schools (and having used nanny shares and private day cares) I seriously believe believe Powell is one of the best preschool options around. The principal, Janeece Docal, is an absolute force of nature. The preschool and pre-K teaching team has been together a few years and was one of the earliest in the city to adopt the Tools of the Mind curriculum (sort of Montessori light) that is now spreading all over the place. They are incredibly responsive, thoughtful and thorough. I would be happy having my kids literally in any of the classrooms.

Here’s what preschool and pre-K students at Powell get: Instruction from two teachers, in English and Spanish. Recess every day. Separate art, music, library and gym classes. And field trips: In five months at the school my daughter’s class has made pizza at Pete’s Apizza, visited the Botanical Gardens and talked food and shopping at Yes Organic Market. They bring in a yoga instructor some days.

I think a lot of middle class parents are turned off by Powell for two reasons: 1) data and 2) the look of the building. I love data so have been through it and the test scores are bad compared to a lot of suburban schools. I understand. But Docal is a turnaround agent and the students that have had her the entire time aren’t even out of first grade yet. There’s a reason the private foundation Fight for Children made Powell its only DCPS awardee last year.

The building needs upgrades but is on the list for school modernization and expansion for which there is now a petition. Powell already has one of the most important things I wanted, which was a bathroom for each PS/PK room with its own toddler-sized toilet so the kids don’t have to go in the hallways with the big kids. It’s not dated open classroom format. Plus, it’s across the street from Upshur Park — tons of green space.

Why I am writing this? First, I just can’t believe the disconnect between what I’ve experienced at Powell and what people say about schools east of the park (and what is in the School Chooser). Annoying. Am I certain my kids will go all the way through Powell? No. There is a lot of improvement to be made in the upper grades. And Principal Docal could leave, which would be the worst. But I really couldn’t ask much more from my neighborhood preschool program. 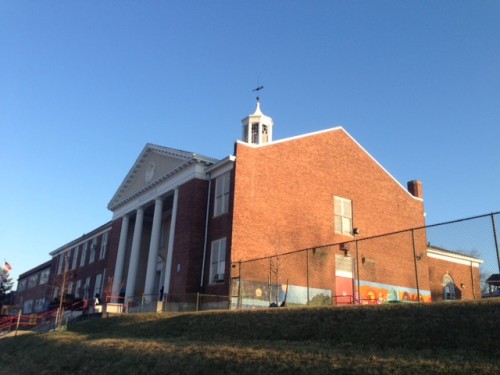