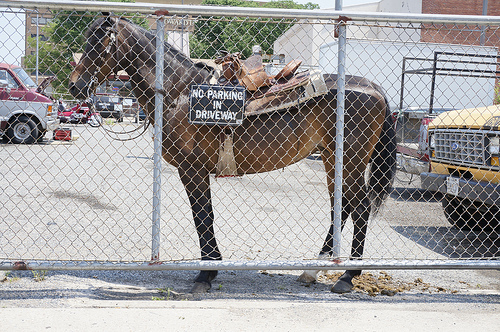 It was coincidental that I just read the piece on calling the cops on diplomats as the past week I have been trying to figure out how to call the cops on a cop.

There is an SUV that has been parking illegally on Albemarle Street, NW – directly in between two No Parking signs. I called 311 once, but after going to take photos the third night the car was parked I saw a sticker on the back that said “Police Inspector” and the license plate is obviously a city-issued plate. The spot is illegal because it creates a dangerous blind spot for cars exiting the driveway there and for the cars coming down Albemarle. But I find it unlikely that the police would ticket one of their own. How do I expose this blatant and dangerous hypocrisy of an illegally parked police vehicle?