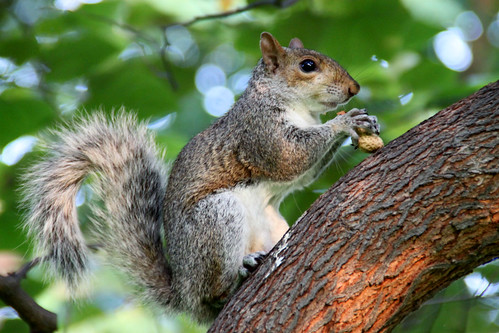 I’m having an issue with squirrels in the rafters/attic of my rowhouse. At first it was an occasional annoyance but now they seem to be making a home up there and constantly running around and scratching. I was curious if you might be willing to post this and see if any of your readers have dealt with such issues and how they resolved them? Anyone tried any products or used an exterminator or other service? In a normal house you would be able to search around the attic and find the holes and plug them. But in a row house it’s such a tight space between the ceiling and rafters that there isn’t a very good access point to really see what’s going on or to get up there an search for holes that might be allowing them to get in. Doing some research online I see that there is an anti-squirrel strobe light that you can install that supposedly repels them but not sure if there’s really enough space up there for the light to get through to all areas or if this actually works? I would really like to get rid of them before they do permanent damage.”

I have had success with Adcock’s trapping service. Of course you could look into the Rodenator Pro…