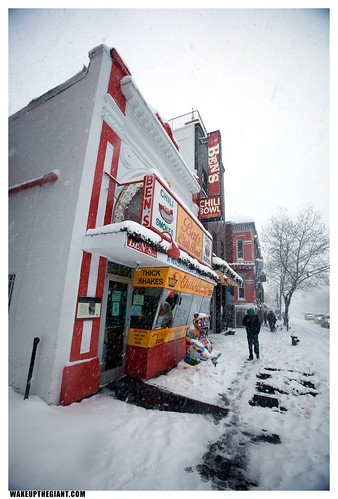 Photo by PoPville flickr user Wake Up The Giant

Thanks to a reader for sending this link:

“Ben Ali was a businessman with a plan. He gave all three of his sons the middle name Ben in case one of them ever took over Ben’s Chili Bowl, the restaurant he opened in the de facto segregated District of Columbia of 1958. It turned out that two of them, Kamal and Nizam, did just that, and by the time their father died, they had long ago proved equal to the task, turning a neighborhood haunt for chili dogs and chili cheeseburgers into an internationally known business, with annual sales exceeding $5 million.”

You can read the rest of the tribute here.