Wild! Thanks to a reader for sending. A commenter writes:

“You asked not too long ago if a Columbia Heights Xmas tree would be a good idea. I personally thought it was a great idea and could lure shoppers to the neighborhood. Well the idea had its critics. Chief amoung the problems seemed to be that an Xmas tree was a religious symbol and therefore couldnt be placed in the plaza. So why then I ask. Was I walking by the plaza only to see a FULL ON NATIVITY SCENE? I for one think the tree would be a lot prettier and a much better draw.”

I think a camel in Columbia Heights is awesome!

edward_DC also uploaded this photo to the PoPville flickr pool: 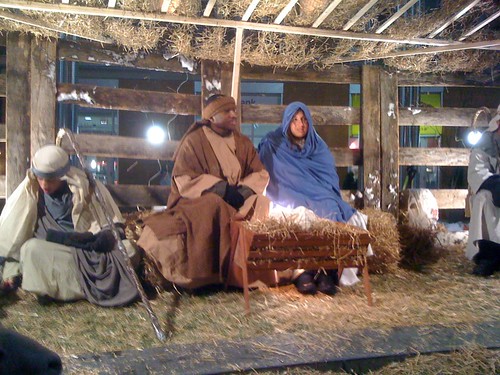