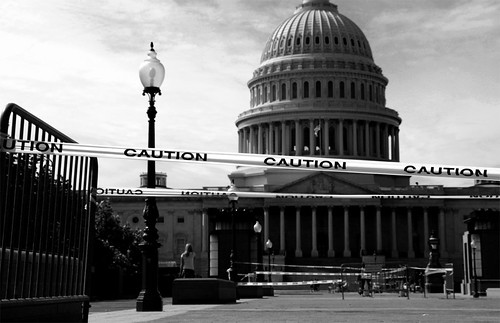 Thanks to a reader for sending the news from a group called Law Enforcement Against Prohibition:

U.S. House and Senate negotiators agreed on Tuesday on the final details of the FY 2010 Consolidated Appropriations Act:

* Washington, DC will finally be allowed to implement the medical marijuana initiative that voters overwhelmingly approved in 1998 but has been blocked by Congress each year since then.

* Washington, DC will be able to use federal funds to implement syringe exchange programs.

Here’s how Congressional appropriators themselves describe the news:

Removing Special Restrictions on the District of Columbia:…Also allows the District to implement a referendum on use of marijuana for medical purposes as has been done in other states, allows use of Federal funds for needle exchange programs except in locations considered inappropriate by District authorities…

Has anyone else heard about this?