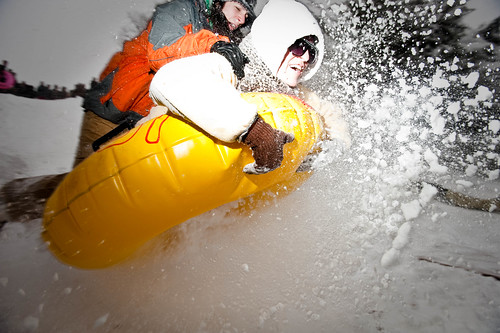 All photos by Dallas Lillich

I was walking through the whiteout on Saturday afternoon from Adams Morgan to the Woodley Park Metro when I heard a crescendo of screams coming from the SW corner of Connecticut and Calvert. Curious as to whether the DC Police were brandishing firearms at yet another snowball fight, I scurried across the street to find a rowdy crowd of revelers partaking in a spirited sledding contest. Everything from snowboards to laundry baskets to pizza boxes wrapped in garbage bags had been deployed. The objective, as far as I could tell, was to see who could go the fastest down the slope in the most outlandish way. 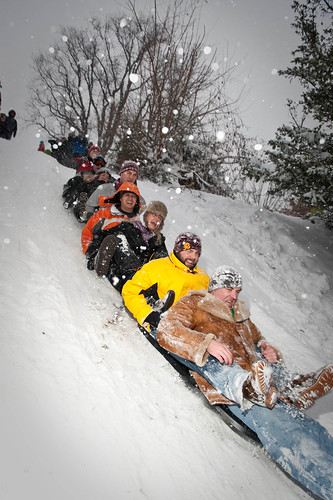 It started out innocently enough. Hands-free sledding gave way to head-first sledding which, in turn, developed into tandem sledding. Then the daisy-chained sledding started. And then some guys decided to make a jump on an adjacent slope. 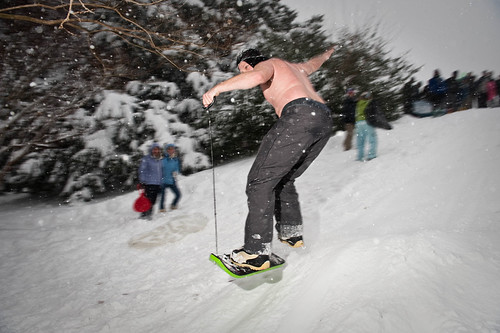 It should be noted that the liquor store across the street was doing brisk business.

Once the jump was packed nice and tight, the daredevilry began in earnest. Inner tubes and inflatable mattresses ran the gauntlet; each pass resulted in some serious air. The jump often just exploded from the force of impact. Some of the participants suffered serious wipe-outs. At one point a dog was nearly hit, a tree challenged, and one girl was totally plowed over while trying to exit the slope. This produced a temporary lull in activity but not for long. 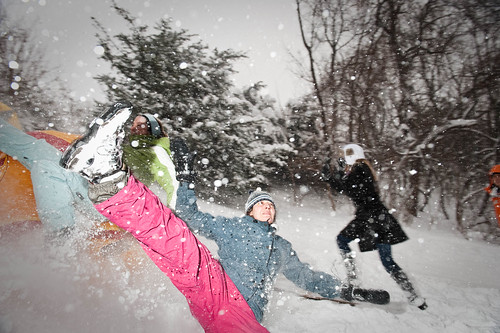 Somebody brought out a shoddy-looking undersized plastic waterskiing thing that accounted for the majority of the casualties, including a collision with me. One guy took of his shirt, only to take a nasty spill and then get tackled and face-washed by his friends. Others attempted to jump over obstacles while catching footballs. Then people started going down the hill ten-at-a-time. 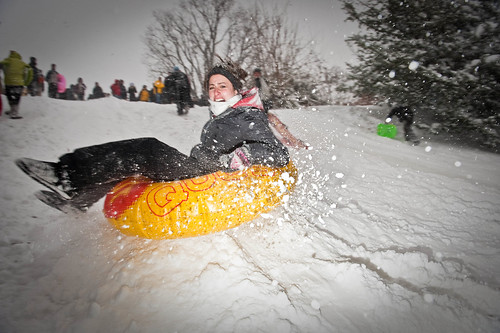 It was a total snow freakout. 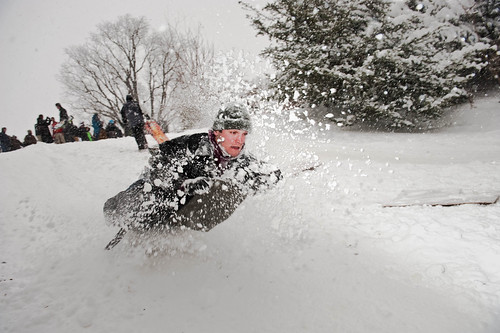 I took leave when the dusk settled in, but judging from the full-throated chorus of cheers, it very well could have gone on all night. Everyone was having a blast. It was an awesome primer for the holidays and exactly what we all needed.

More photos can be seen here.