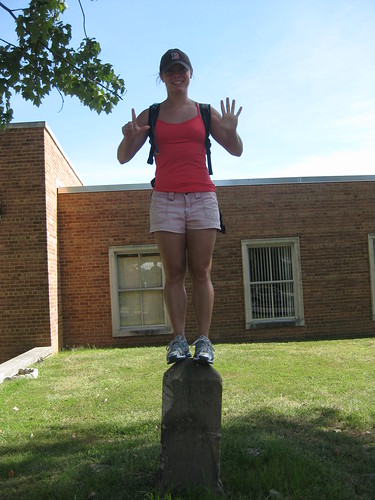 You can read Vaughn and Amelia’s first journey here.

According to legend, “[Benjamin] Banneker fixed the position of the first stone by lying on his back to find the exact starting point for the survey … and plotting six stars as they crossed his spot at a particular time of night.” Hard to imagine in this “there’s an app for that” world, but Banneker’s coordinates-by-stars approach cut an admirably straight path, with stones exactly one mile apart (verified by Google Maps!).  The East boundary stone was one of our most eagerly anticipated stones because it lies at the intersection of Eastern and Southern Avenues, where Eastern continues east no longer, and Southern goes no farther north.  From here on out, the SE stones are almost all right on Southern Ave., which made finding them pretty straightforward.  (www.boundarystones.org)

For this boundary stone installation, we flaunted our stone-location prowess for our guest trekker, Amelia’s girlfriend from Brooklyn.  All went smoothly until SE 4, which is not lost, but rather–according to boundary stone lore–in the garage of a Mr. David Doyle. Doyle was an employee of the National Geodetic survey, a member of Maryland Society of Surveyors and District of Columbia Association of Land Surveyors, and the geodetic survey liaison for the city of Washington.  The stone was recovered by surveyors, and he felt that he was best suited to reset it accurately.  Too bad that was in 1991!  Mr. Doyle, if you’re out there and reading- we would like to visit all the stones and would appreciate it if NE 4 were to stop collecting dust in your garage and be returned to its proper location!

Our saga ended on a bit of an “ehhhhh” note, as we could not find SE 8 and couldn’t even get within spitting distance of SE 9.  SE 8 is apparently buried at the bottom of a concrete pipe in the corner of an impound lot.  We couldn’t find the pipe, but we did find a well-populated impound lot, filled with cars, vans, and a vast array of construction equipment.  SE 9 is supposedly on a “sandy beach with many car tires” down by the Potomac.  Lack of car and/or military IDs to get us through the naval research center thwarted our efforts to reach our final stone of the day.

Some takeaways and a question from SE: 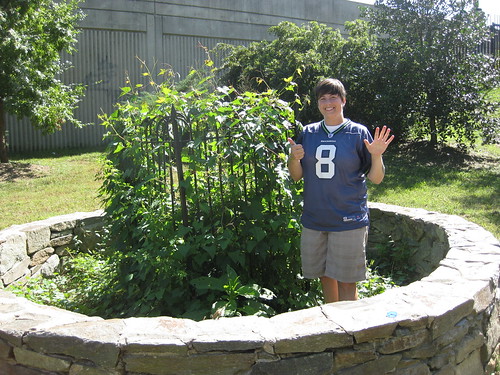