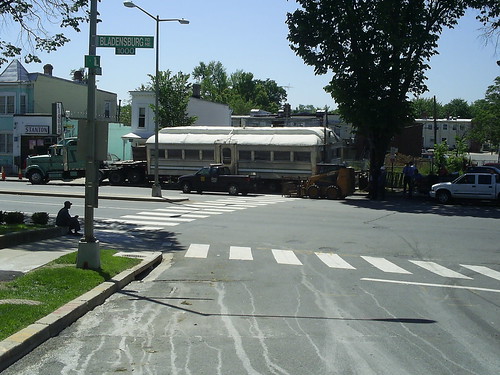 The guys from the Capital City Diner faced a truly unpleasant experienced. First mugged then hesitation in filing a report from MPD. On their Web site they write:

“We were walking down the street, passed by a group of 4-5 young people (one in a wheelchair), one of which asked if we had any money. After we passed about 10-15 feet, he quickly approached us, presented what appeared to be a sawed-off shotgun in his pants, and then demanded money from us. Two of us handed over some money and they fled up L St NE toward Carver/Langston. 911 was called immediately after, but it took some time for a respose and thus the police couldn