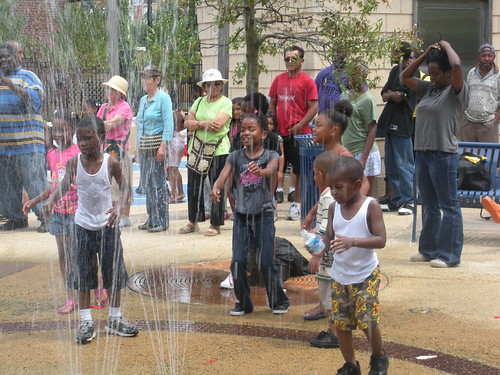 There is a time for doubt and a time for hope. This is most definitely a time for hope. When we discussed the park on Friday, some folks were rather skeptical. As I said in the comments there, I believe now is the time to offer the benefit of the doubt and to celebrate and enjoy the nice new facilities. In fact the opening celebration on Saturday afternoon was filled with joy, music, and good vibes. 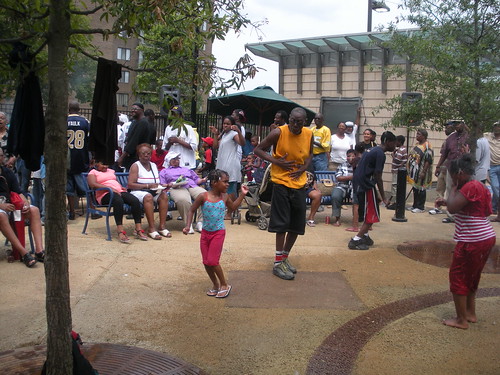 There was an initial vote also held on Sat. to rename the park. The choices were picked by the “friends of the park” group. Nominees were Jim Graham Park, Mack Thompson Park (a local activist), Obama Park, Capital City Park, or a write in choice. The “winner” will be announced Monday evening. I put winner in quotes because the City Council will still need to pass legislation to officially rename the park. The park is being renamed because folks often confuse this park with the Girard Street Park which, incidentally, was also recently renovated. 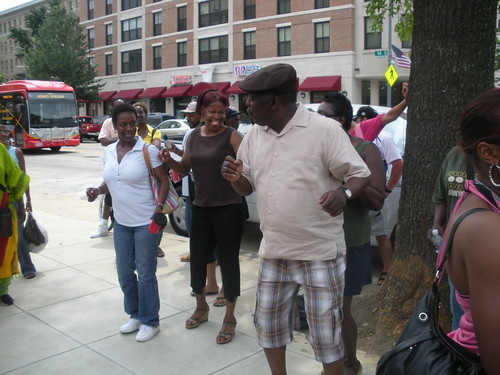 A resident familiar with the background tells me:

“With respect to the naming of the park, this ‘friends of’ group established a shortlist for the community. The ANC commissioner for the park is Rosemary Akinmboni, and she agreed that the opening celebration of the park would be a good opportunity to get input from the community regarding the name. The main impetus for the renaming of the park is that there is another park down Girard St. closer to 15th St., which is commonly known as Girard Park. Needless to say, it is obvious how this could be confused with the 14th and Girard Park.” 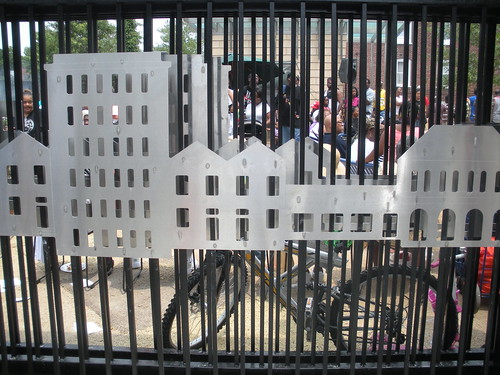