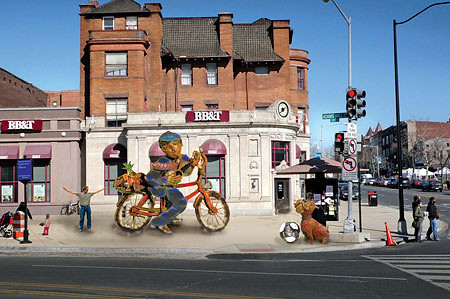 I spoke with Kristen Barden of the Adams Morgan BID who was unable to confirm but said that the winning sculpture should be completed in 2010. Kristen did mention that she is a bit concerned that the sculpture may break up the recently created plaza which is currently being used for a Summer concert series.

Do you like the selection? Do you think it will break up the feel of the plaza?

“I am with the DC Commission on the Arts and Humanities, the organization that is commissioning the artwork for Adams Morgan.  I wanted to let you know that a final decision has not been made for the Adams Morgan public art project.