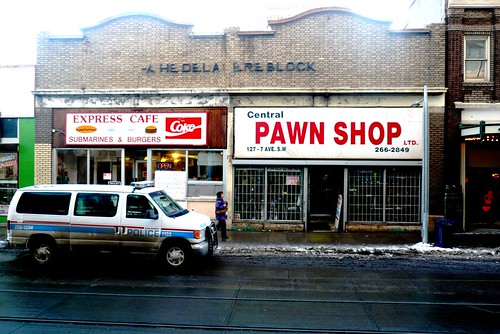 This is gonna be a tough one. But I got to thinking after some recent “Good Deal or Not” posts. It seems lots of folks like to call blocks “sketchy”. The most recent one was most humorous to me, not for the accusation but for the reaction. You know I feel them. The defenders that is. It’s like you can’t call my family crazy only I can call my family crazy. I have the same exact reaction whenever anyone has anything bad to say about Petworth. There are positive and negative aspects of nearly every neighborhood.

But like I said, it got me thinking about the term “sketchy”. I think Reuben was the first to raise the question of what the hell is sketchy? You know when I first moved to Petworth, and I hate to open this can of worms, but I think lots of people called the area sketchy just because it was predominantly black. And I don’t think that is fair. What I have found after talking to lots of folks is that those who call areas sketchy have never actually spent anytime in these areas. They base their definition only on second hand reports and rumors.

For me, I define sketchy as dangerous. Yes there are many blocks in particular neighborhoods that I wouldn’t want to walk down alone in the late hours of the morning. But I don’t think that should define a whole neighborhood as sketchy. For God’s sake I saw a guy shot on my own block and I’d never call my block sketchy. People are very cavalier in how they throw that word around. I suggest folks actual spend some time in the areas that they so carelessly throw the term around.

Like I’ve said many times before, individual folks have their own comfort level. And that’s cool. So you can just say, “I don’t feel comfortable there” rather than throwing around a blanket statement about the whole block/neighborhood.

So my FQoTD is – how do you define the term sketchy?

Read more →
More Stories
GDoN Revisited – Half of a Dueling Edition by HipchickindcMT. Pleasant, U Street Markets Back, Bigger and Better (By Charles)