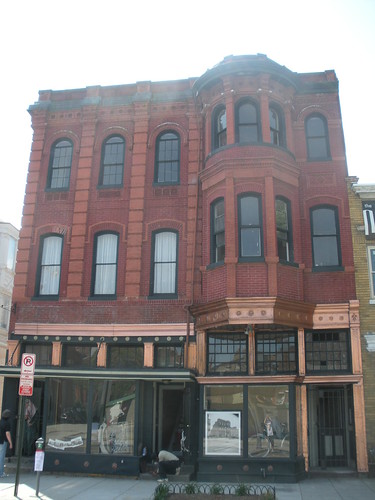 Thanks to a reader for sending the word on this cool space. I was lucky enough to run into owner, Lisa Fricano, who told me she was “holding out for something special” on the retail space. She’d love to see it turn into a bookstore or an art space. And what’s super cool is that she is a big fan of the history of the building. She told me it was once a disco in the 70s called “The Jerk”. Too cool. Building on her love of history she has placed historic pictures and items in the front window.

I also love the copper: 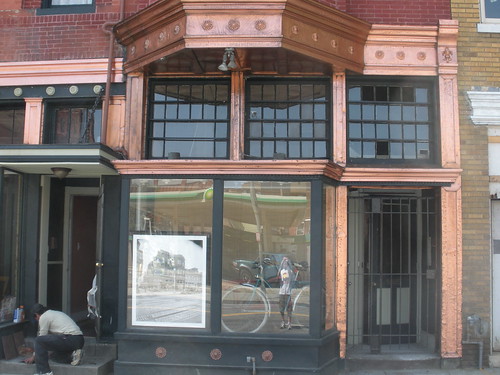 You can pick up a postcard of the spot that has a picture from 1931 on the front and a poem about the building on the back:

A hardworking gal in her prime
Times a comeback for 2009,
Her vacant-eyed slumber
Didn’t soften her lumber,
And her penny is now worth a dime.

Much lamented by those who had seen her,
While around her Shaw’s main streets got cleaner,
She drew on reserve,
To renew and preserve,
Her unconventional, centered demeanor. 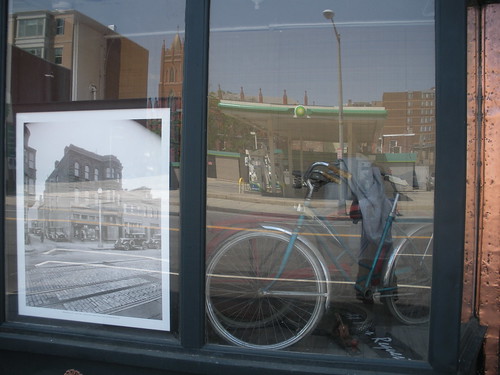 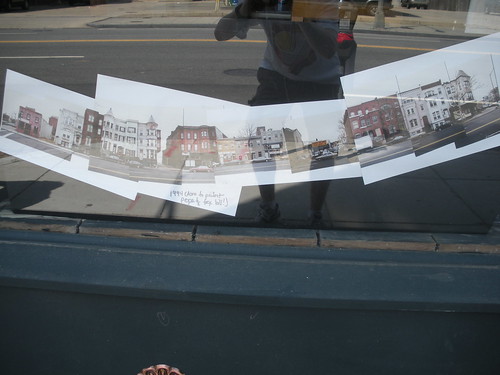 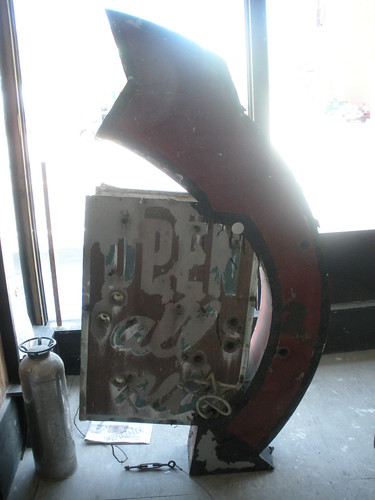 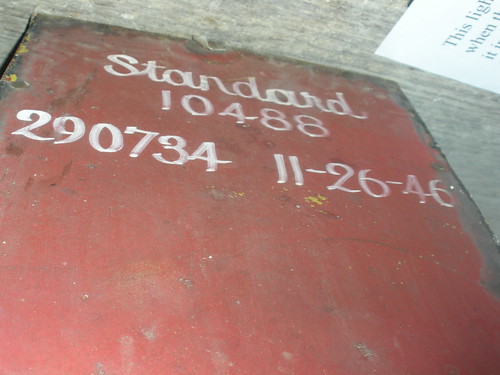 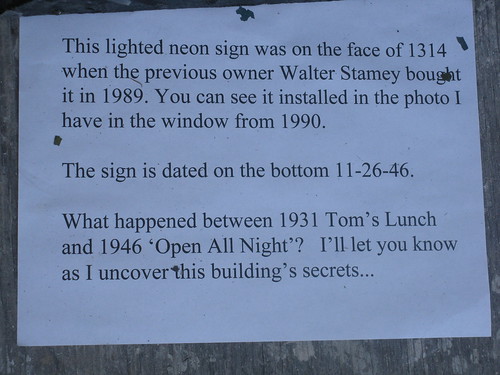 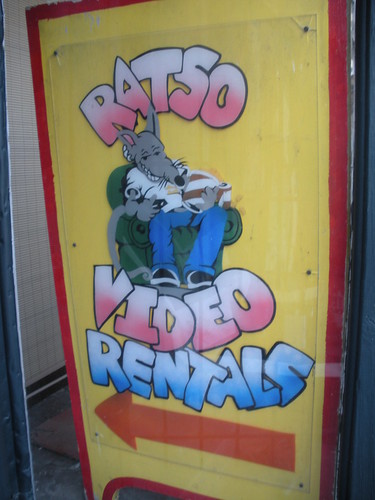 There’s even a really faded sweet city sign on the side: 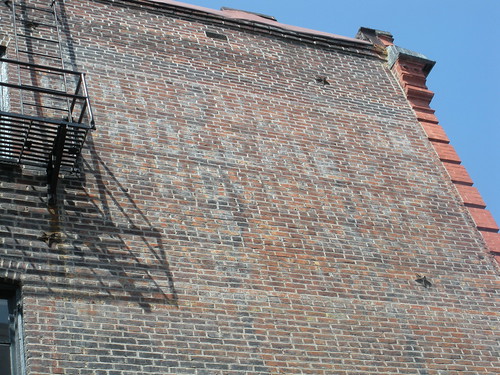