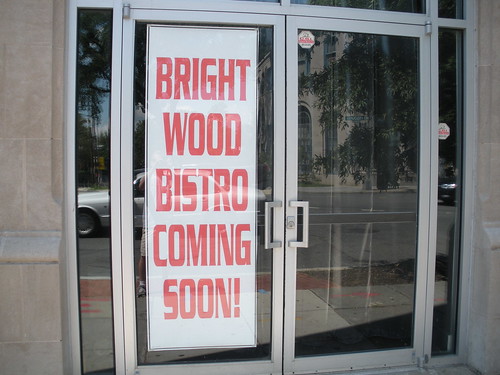 Thanks to a reader for sending the link. The article starts off:

“Washington diners often complain of a lack of good neighborhood joints. Brightwood Bistro (5832 Georgia Ave. NW, 202-545-5014) aims to be part of the solution.

The restaurant replaced the short-lived Meridian in August. The ambitious bistro is a venture of five friends, all of whom grew up in the Brightwood neighborhood. “We’ve lived in this area our whole lives and we’ve never had a nice sit-down restaurant. You had to go to Georgetown or downtown,” says Daymon Anderson, general manager and co-owner. “So when the opportunity presented itself to us, we jumped on it.”