Get our email!
Search
quality of life 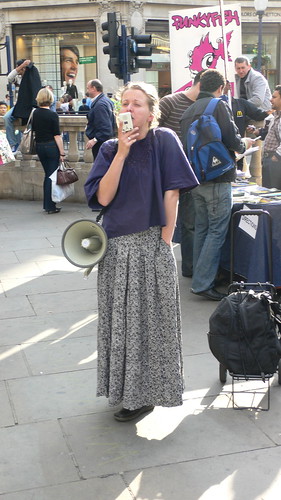 No. 10 An evangelist with a megaphone, originally uploaded by Justin Cormack.

Thanks to a reader for sending me this Washington Post link about the DC Council’s initial passage of the Noise Control Act. I think it still has a few more hurdles to cover before it is official though. The reader was very pleased with the initial passage, saying the act: “which imposes reasonable noise levels in residential neighborhoods (like Petworth) while still allowing higher volume, amplified expressions in the downtown core. It appears to be a win for those of us who feel it is our right not to be bombarded with unwanted outside noise while preserving the right of freedom of expression.” It may be interesting to note that Ward 4 Councilmember, Muriel Bowser, was strongly opposed to the act. According to the Post article she believes the noise problem is a “H Street problem” and not a citywide problem. I haven’t followed the issue too closely but my initial impression is that I would support the act. But then again freedom of speech is kind of important too. This is a tough one.

So the Friday question of the day is – do you support the passage of a citywide noise control protection act?

Read more →
More Stories
So That’s What This Building is Going to Be!Rentals of the Week by Karen