So on Saturday when I’m returning from my walkabout I start to hear music as I’m walking north on New Hampshire up to the Petworth metro station. I then see some balloons and become very curious. It turns out to be an Obama rally – Petworth style. So check out the video above for how we rally in Petworth. In case you can’t make it out he is singing “We gonna Barack the vote, we gonna Barack the vote!”. Awesome. Now check out the only Hillary supporters I encountered all weekend. And I must have walked easily 6 miles or so. 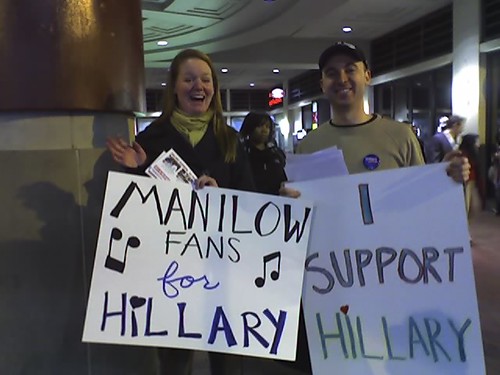 After the jump check out more photos from the Obama rally. Most are from Petworth but one is from 14th and U. 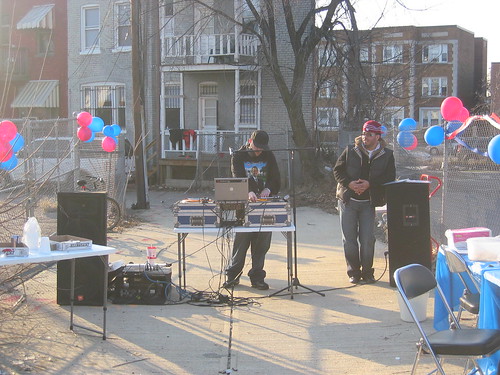 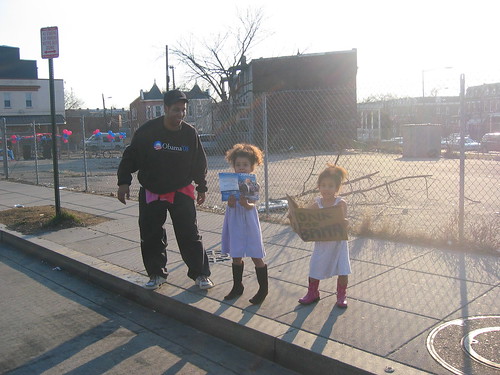 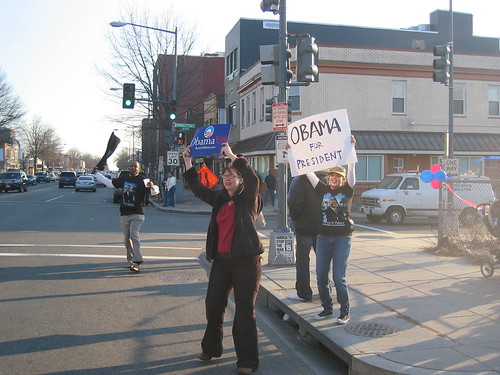 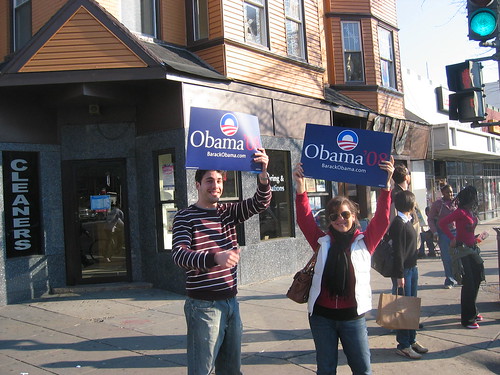