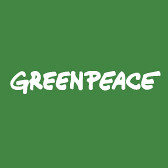 So maybe this is just in Chinatown, but I’m terrified of the GreenPeace solicitors. I certainly support those who wish to combat global warming but the fine folks from GreenPeace are far more aggressive than any panhandlers I’ve ever encountered. In Chinatown they work in twos and basically block the sidewalk and follow you for about 20 feet or so until finally in a fit of aggravation I say, “I voted for George Bush, God Damn it!”. I voted for Gore and Kerry just for the record. But, hell, these people are insane. I just want my PotBelly’s sandwich man. That’s all, let me through. A friend of mine just told me in the age of the internet that soliciting on the street is pretty ridiculous. And I agree. So the Friday question of the day is: Do you think the fine folks from GreenPeace are too aggressive in their soliciting campaign on the streets of DC?