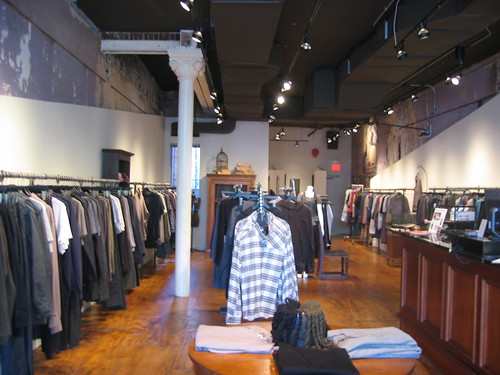 Now far be it from me to talk about clothing stores, and hip ones at that. My style tends toward track suits and flannel shirts and not in an ironic way. At any rate I have often walked by these clothing stores on 14th Street and have wondered what the story was. So let’s start with Redeem located at 1734 14th Street (Photograph above). As I walked in I immediately bumped into a bubbly welcoming personality who turned out to be owner, Lori Parkerson. Lori told me that Redeem just had its one year anniversary. Right on. As you can see it is housed in a really chill space. It even had some artwork commissioned by local artist J. Coleman (see photo after the jump). 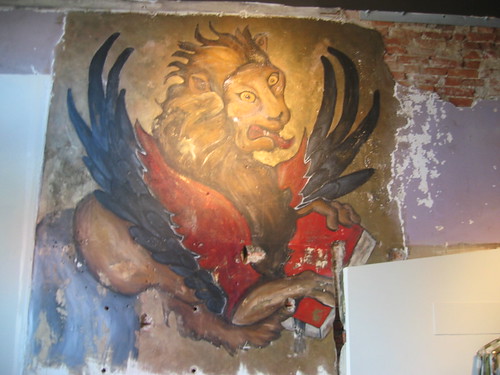 I asked Lori how she chose 14th Street as a location and she lit up as she explained that she is from DC and “loves this neighborhood and wanted to be a part of the community.”

From Redeem’s Website: ” Redeem is a retail clothing store providing spirited, fresh, bold and unique casual wear to the hip urban shoppers of Washington, DC. With hard-to-find men’s and women’s luxury brands both established and new, Redeem offers the ultimate in sleek, cool style. Elegance mixed with grit – a touch of royalty and a tinge of rock star swagger. Redeem’s mission is to be an involved, responsible neighbor in the community- contributing to the on-going revitalization of one of DC’s Main Streets with a store that is fun to shop, aesthetically pleasing, and keeps with the beauty and history of its locale. Redeem aims to put DC on the fashion map for luxury casual wear, ensuring the most powerful city in the world conducts its business, outside of business, with style and flair.”

Next up is not a far walk, right next door at 1736 14th Street is Circle Boutique which recently moved into this location 3 months ago. Previously they were located on 17th Street but the space was a little too small. You can see from the photo below that it has a very similar layout and feel to Redeem. When I spoke with an employee of the store he explained to me that one of the owners also lives in the neighborhood. 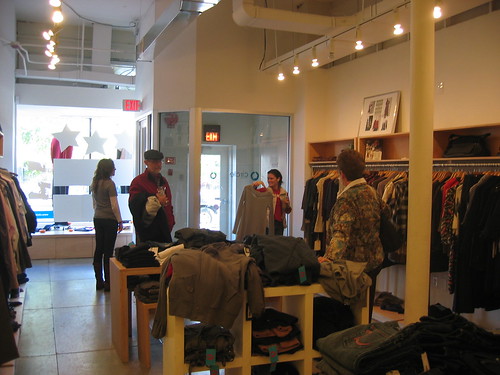 From their Web site: “Circle Boutique…began the work of bringing to the D.C. shopper fresh, modern, unique styles from up-and-coming designers in a friendly and inviting atmosphere. The cozy shop soon cultivated a following that knew walking through that basement door meant you were sure to find two things distinctive fashion and a friendly smile…they wanted their shop to be about fashion with heart. In an effort to give back to the community that supports their success, Circle Boutique hosts quarterly sales and special events for local nonprofits as part of their Clothes with a Conscious commitment. Girl Scouts of American, Dress for Success, Children’s Hospital, The Green Door, Many Hats Institute, Hispanic Heritage Foundation, and PFLAG (Parents and Friends of Lesbians and Gays) are among the beneficiaries.”

And finally a bit north located at 1803a 14th Street you’ll find four year old Pop. (Ed note: no relation to PoP) Like Redeem and Circle Boutique, Pop also had a similar size space and chill feeling to it. 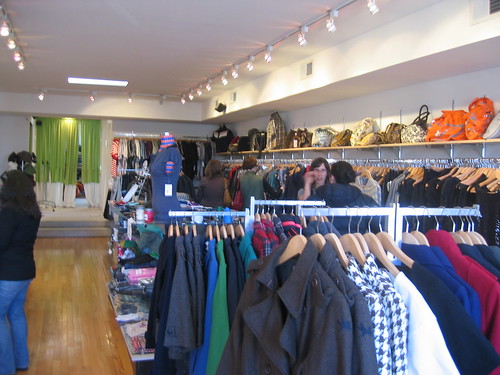 From their Web site: “Pop, independent boutiques in Washington, D.C. and Williamsburg, Brooklyn, owned and operated by Sheila Sharma, a former lawyer and Teach for America volunteer. Open since 2003, Pop is a colorful multibrand lifestyle shop that sells trendy but affordable fashions for men and women, bags, jewelry, shoes, and gift items. Pop’s ever revolving collection of merchandise sets it apart from its competition; Pop always sources the last trends and designers but never forgets to keep (the price) real!”

So if you are into the boutique style you have three great places to check out all within a stones throw of each other. If I ever get a sense of style I know I’ll be back.