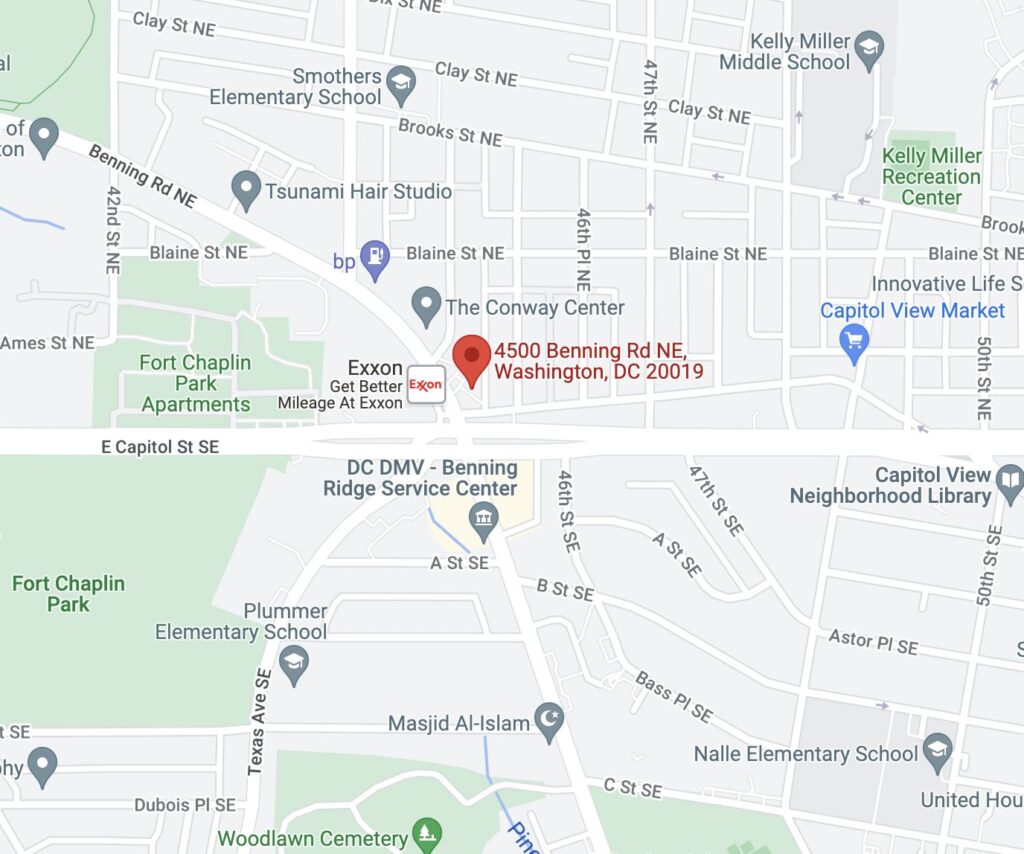 “Metro Transit Police have arrested a suspect in the Thursday shooting at Benning Road station that injured three individuals.

MTPD arrested the 16 year old male suspect in Northwest D.C. at approximately noon today. After an extensive investigation he is being charged with attempted second degree murder and carrying a pistol without a license. The suspect was wearing an ankle monitor at the time of his arrest.

“Gun violence is tragic, infuriating, and unfortunately all too common in our society today. I commend MTPD for their quick work apprehending this suspect,” said Metro General Manager Randy Clarke. “Metro has an extensive network of surveillance cameras that allow us to quickly identify perpetrators of violence and bring them to justice, and MTPD has dramatically increased its presence on rail and bus in the past several months to keep customers safe.”

There are no additional suspects in this case. The three victims are all expected to recover.”

“UPDATE: MTPD investigation in this morning’s shooting completed at Benning Rd Stn. 15-yo male w/critical injuries, 34-yo woman & another 15-yo male expected to recover. No arrests; investigation ongoing to ID suspect(s).”

From MPD around 9:30am: “MPD is assisting @MetroTransitPD with three people shot at the Benning Road Metro Station at 4500 Benning Road, NE. At this time, there is no ongoing threat. Metro Transit Police will be leading the investigation.”

Agents from the Metropolitan Police Department’s (MPD) Force Investigations Team are investigating a fatal FBI agent-involved shooting incident that occurred on Wednesday, December 7, 2022, inside of the Metro Center Station, at G Street and 11th Street, Northwest.

At approximately 6:21 pm, an off-duty FBI agent and the suspect were involved in a physical altercation inside of Metro Center Station. The suspect pushed the FBI agent backwards over a railing on the platform. The suspect also went over the railing and they both landed approximately eight feet below the train platform. After the fall, the FBI agent discharged their firearm and struck the suspect. DC Fire and Emergency Medical Services responded to the scene to provide medical aid to the suspect but found no signs consistent with life. The FBI agent was transported to a local hospital for treatment of serious, but non-life-threatening injuries. Recovered from the suspect was a handgun. The suspect was subsequently transported to the Office of the Chief Medical Examiner.

The suspect has been identified as 28-year-old Troy Bullock of Southeast, DC.

This incident remains under investigation by the Metropolitan Police Department. Anyone with information about this case is asked to call the police at 202-727-9099. Additionally, anonymous information may be submitted to the department’s TEXT TIP LINE by sending a text message to 50411.”