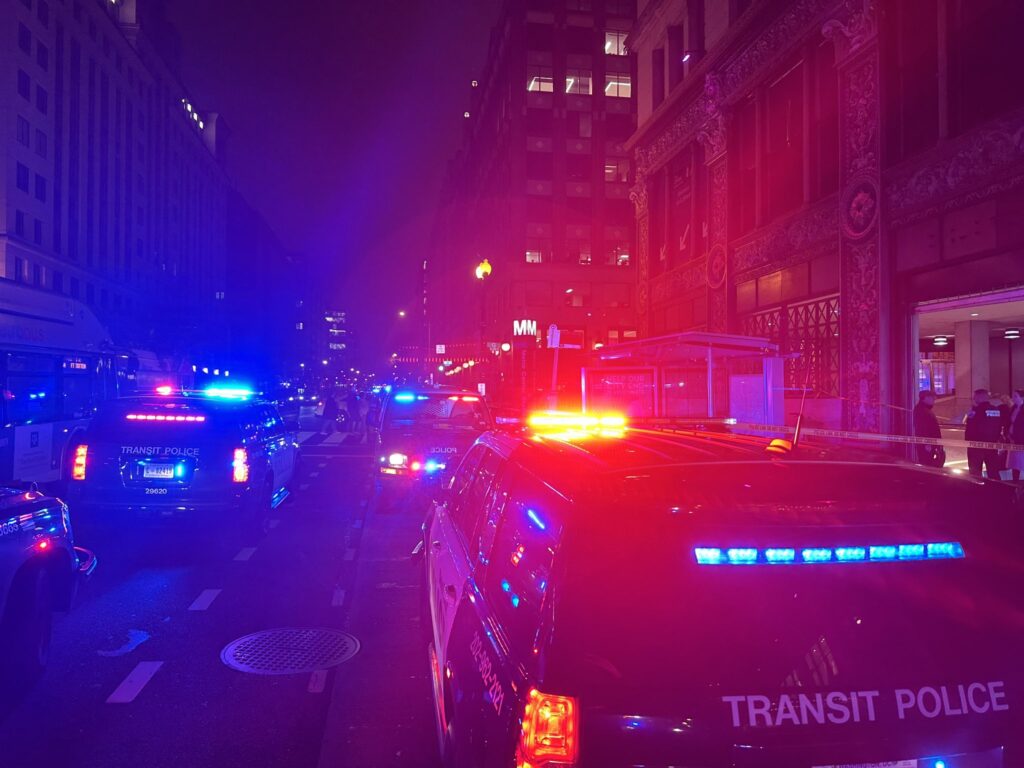 Megan wrote at 6:27pm: “I was on the red line train when it pulled into metro center. We heard shots fired and everyone on the train hit the ground and the train didn’t stop, went on through. Everyone on our car was ok. What happened??”

“MTPD responded to a fatal shooting on the Red Line platform at Metro Center shortly before 6:30 p.m. this evening.

One victim was pronounced at the scene. @DCPoliceDept is leading the investigation. #wmata”

From WMATA 7:29pm: “Red Line service back to single tracking due to police activity/customer fatality, but trains are bypassing the station. Use Gallery Place/Farragut North.”

From MPD: “MPD is assisting an outside law enforcement agency in reference to an officer involved shooting inside of the Metro Center Station.”

Agents from the Metropolitan Police Department’s (MPD) Force Investigations Team are investigating a fatal FBI agent-involved shooting incident that occurred on Wednesday, December 7, 2022, inside of the Metro Center Station, at G Street and 11th Street, Northwest.

At approximately 6:21 pm, an off-duty FBI agent and the suspect were involved in a physical altercation inside of Metro Center Station. The suspect pushed the FBI agent backwards over a railing on the platform. The suspect also went over the railing and they both landed approximately eight feet below the train platform. After the fall, the FBI agent discharged their firearm and struck the suspect. DC Fire and Emergency Medical Services responded to the scene to provide medical aid to the suspect but found no signs consistent with life. The FBI agent was transported to a local hospital for treatment of serious, but non-life-threatening injuries. Recovered from the suspect was a handgun. The suspect was subsequently transported to the Office of the Chief Medical Examiner.

The suspect has been identified as 28-year-old Troy Bullock of Southeast, DC.

This incident remains under investigation by the Metropolitan Police Department. Anyone with information about this case is asked to call the police at 202-727-9099. Additionally, anonymous information may be submitted to the department’s TEXT TIP LINE by sending a text message to 50411.”