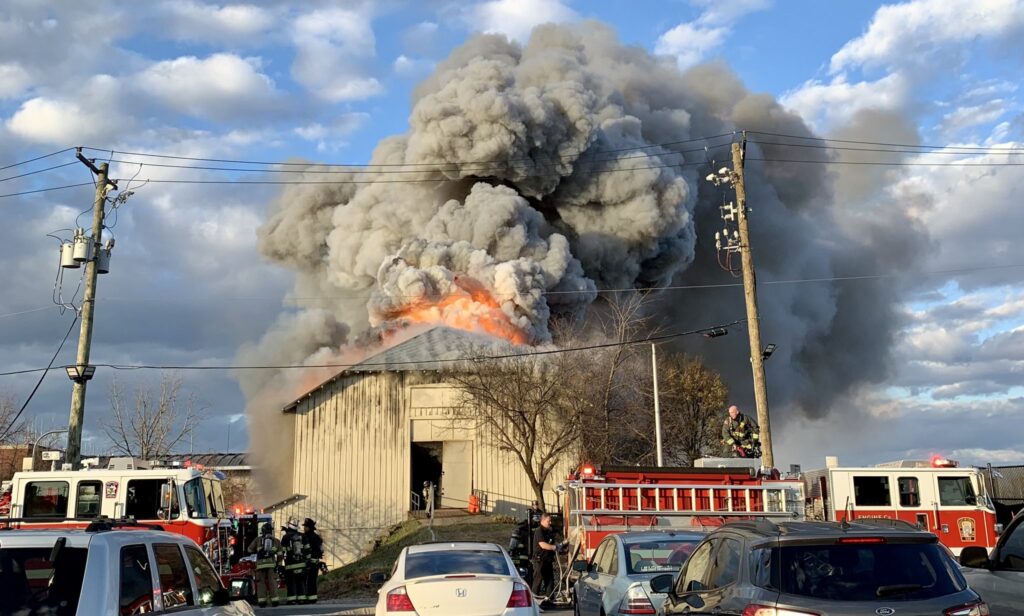 The Washington Post reported: “The fire blazed on the campus of St. Elizabeths Hospital in Southeast Washington, the first federally operated psychiatric hospital in the United States, and a place where innovative techniques were introduced in psychiatric treatment.

The building that burned, according to the D.C. fire department, was a large wooden barn.” 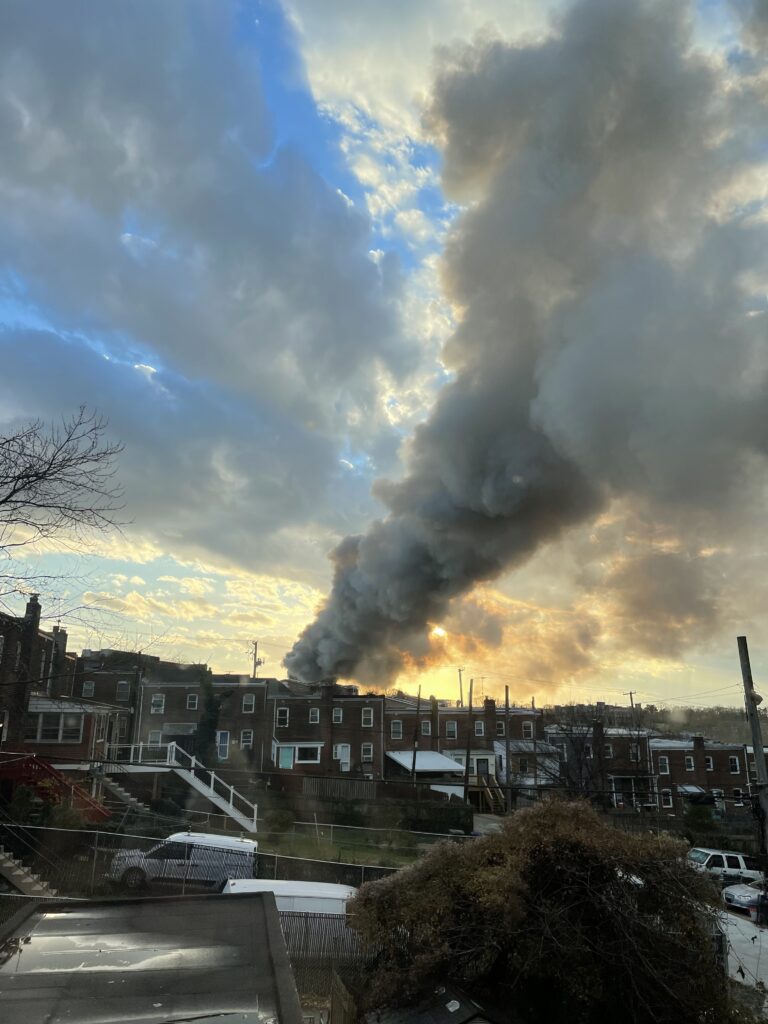 From DC Fire and EMS:

“UPDATE from 2-alarm fire located in 2700 block of Martin Luther King Ave SE. Briefing from Fire and EMS Chief John Donnelly. Fire is contained but #DCsBravest expected to remain on scene through the evening. Again, no injuries reported.” 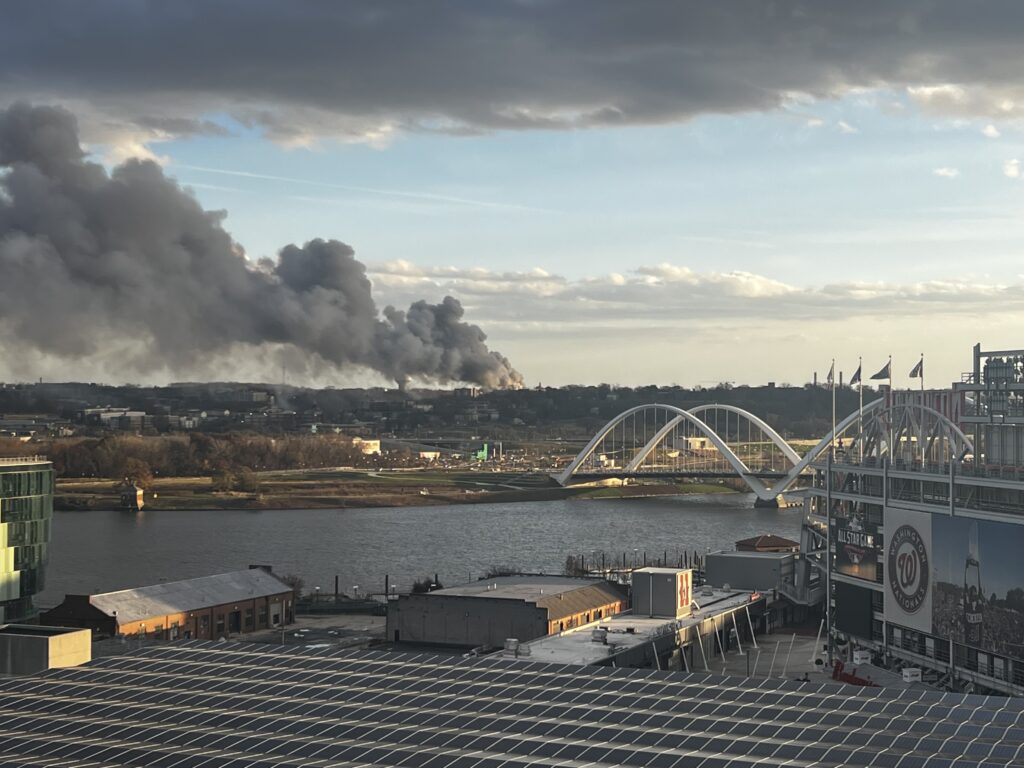 From the DC Preservation League:

“Constructed during the 1880s, the Dry Barn is an example of the importance farming had in the treatment of patients at Saint Elizabeths.”