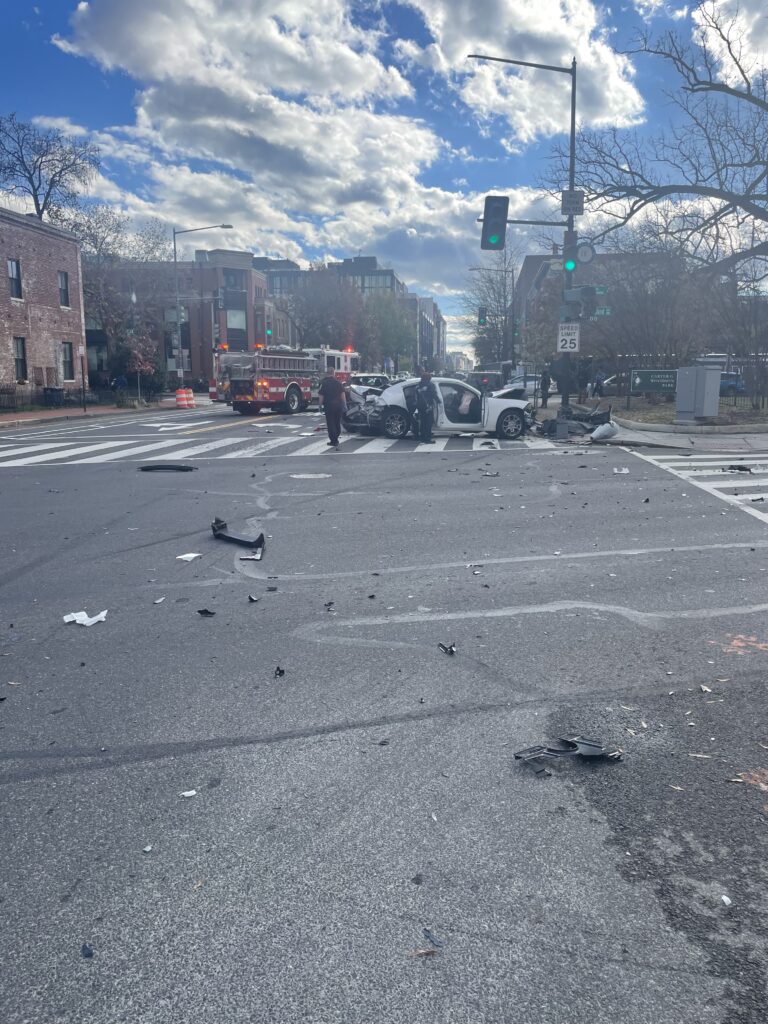 We were driving at 20-25 mph through Rhode Island coming from NE to NW DC. We had just started crossing 9th street NW after the signal had been green for a few seconds. Suddenly a white Dodge Charger, driving at what I estimate was >70 mph, skipped the red light on 9th street and hit our car on the left side. Thankfully the impact was mostly on the front and not the passenger side door, otherwise it would have been much worse.

Our car spun 180 degrees and was lodged backwards all the way to the median, eventually being stopped by a tree. Three other cars were hit, including one SUV waiting at the traffic light next to Hell’s bottom, i.e. all the way across from the white Dodge Charger. We sustained minor muscle injuries and have already been discharged from hospital. Driver left the scene running and has not been caught yet. 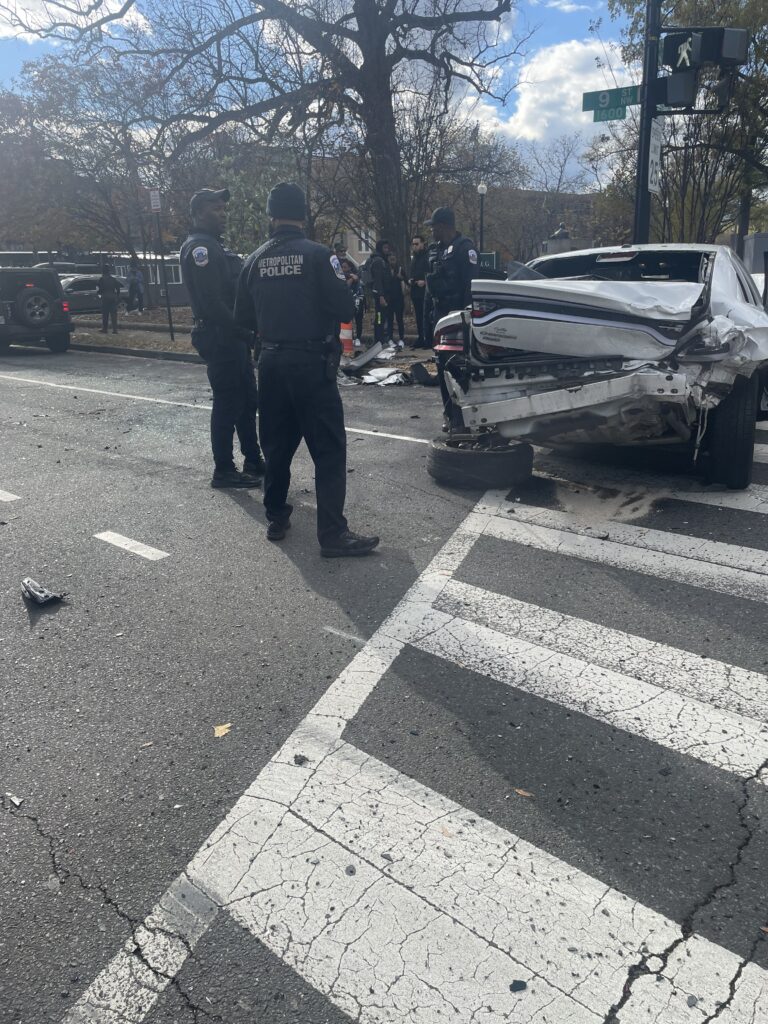 By the grace of God there were no pedestrians crossing at that moment, else they would have been killed right there.”