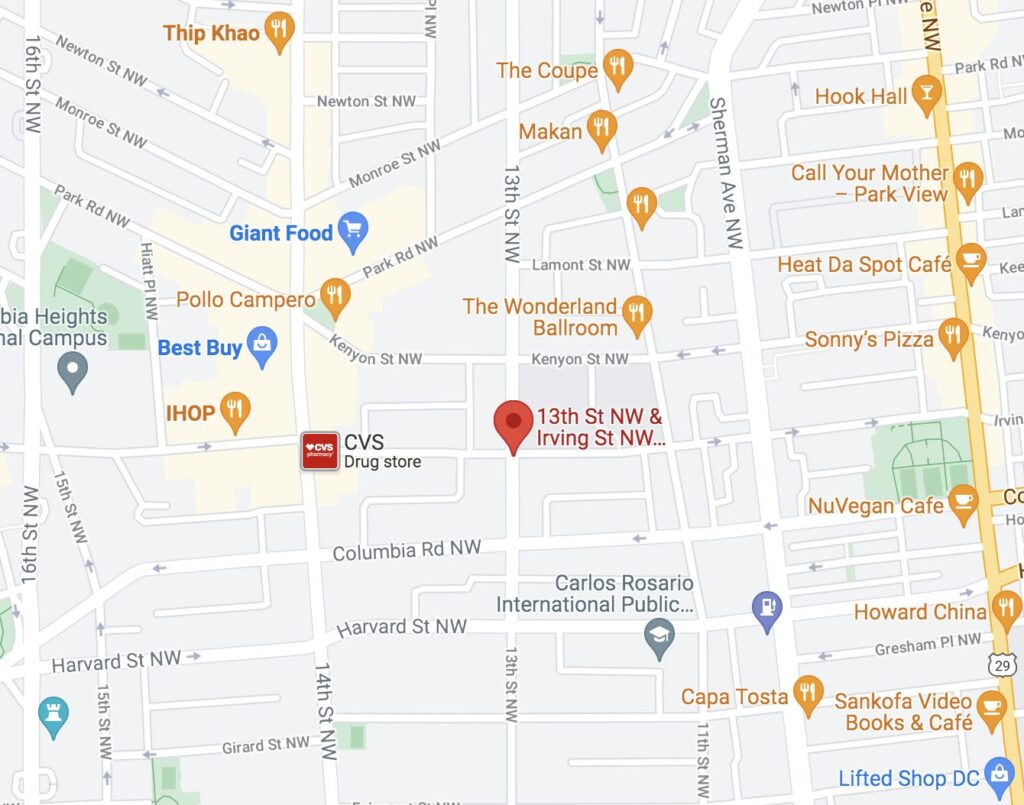 Readers reported around 9pm: “just heard what sounded like 10+ gunshots at 13th and Euclid.”

“13th & Irving – 2nd time within a week. All this extra police presence near the CoHi metro station and yet…”

“Same alley as last week. Car crashed while trying to escape at the intersection of 13th and Irving. At least one person fled on foot.”

“There was another shooting in Columbia Heights last night on the 1300 block of Irving Street. The gunfire exchanged was between a heavy caliber weapon and a handgun. I live on this block and my husband had to take cover while walking the dogs.”

“Detectives from the Metropolitan Police Department’s Homicide Branch are investigating a homicide that occurred on Monday, January 10, 2022, in the 1300 block of Columbia Road, Northwest.

At approximately 8:52 pm, members of the Third District responded to the listed location for the sounds of gunshots. Upon arrival, members located an adult male victim, seated in a vehicle at 13th and Irving Street NW, suffering from an apparent gunshot wound.

DC Fire and Emergency Medical Services responded to the scene and transported the victim to an area hospital, where despite all life-saving efforts, the victim was pronounced dead.

The decedent has been identified as 33 year-old Jerrame Watts, of no fixed address.