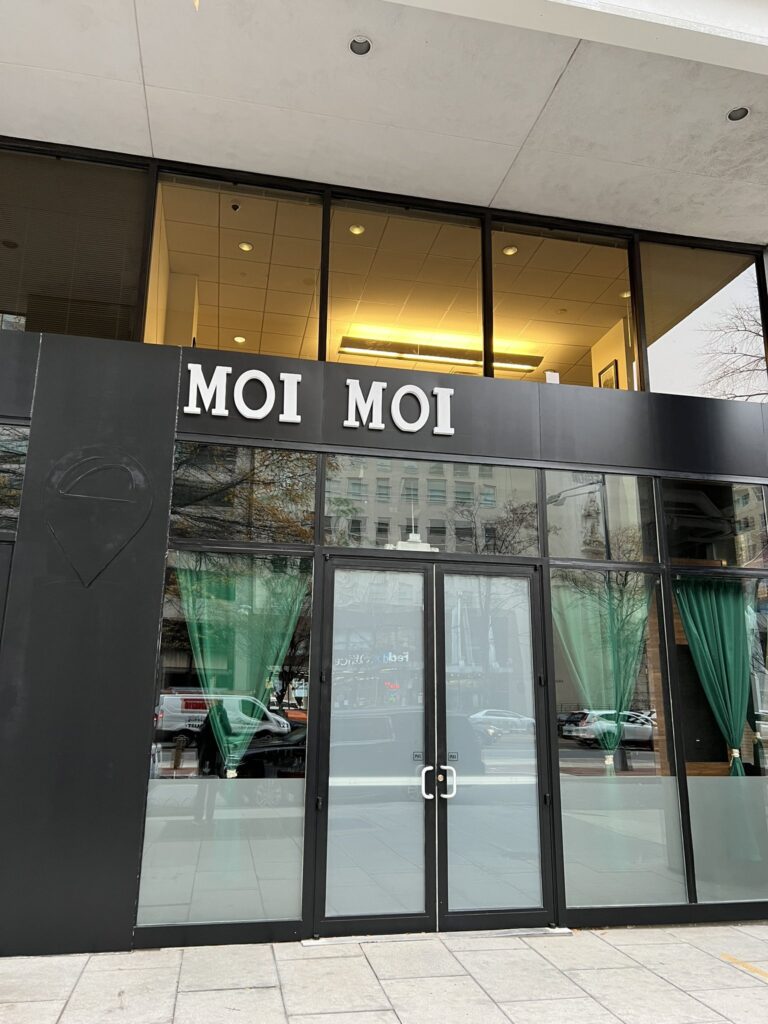 Thanks to Maggie for sending: “New restaurant next door to my office near 16th and K NW!”

“Born in The Gambia, West Africa, Howsoon Cham known as “H.O.” came to the United States at the age of 18 to go to college. Son of a diplomat, H.O. studied international affairs at Bethany College in West Virginia on a soccer scholarship. During school breaks he worked in local restaurants to help fund his college education and quickly developed a keen interest in cooking. After graduating from college, HO following the footsteps of his father briefly worked at the Gambian Embassy, but his passion for food prevailed and he followed his heart to become a full time chef.

H.O. began working at restaurants around Washington in 1992, spending three years at Georgia Brown’s as the chef de cuisine under notable Chef Cindy Wolf now of Charleston Restaurant in Baltimore. He then went on to work at John Harvard’s Brew House for three years as the Executive Chef, leaving to open Willie & Reeds in Bethesda as Executive Chef for four years, until the restaurant was sold in 2002. From there he joined James Beard award-winning Chef Jeff Buben at Vidalia working under Peter Smith formerly of PS 7 Restaurant in Penn Quarter.

Then in April of 2003, he purchased his first restaurant, Red Ginger of Georgetown, transforming the menu to a Caribbean and Latin American Cuisine as well as updating the décor to reflect a more refined dining experience. He went along to open his second restaurant Café Trope in 2008 which unfortunately was short lived because of the economic downturn. After the closure of Cafe Trope, Howsoon took some time off and travelled across Europe and Africa for a year exploring different cuisines and cultures. He came back and took the positions of Chef de Cuisine at Hudson Restaurant & Lounge under Demetrio Zavala and also as Executive Sous Chef at Food, Wine & Co. in Bethesda MD under Michael Harr. Chef Cham’s menu reflects the manner with which new American cuisine has been influenced by the diverse fare from around the globe. At present he is working on new venue, Moi Moi, an American restaurant with a Southern Accent where he brings his explorations in Modern American Cuisine to the vibrant Downtown DC while retaining the quality and tasteful flair his guests appreciate.

He advises us not to pass on some of the craft cocktails to include the Mandingo Sidecar, the Jungle Bird & Smokey Negroni. Desserts which will all be made in house to include mango cobbler with Boabab Ice Cream, Flourless chocolate cake with Peak milk Vanilla Ice Cream, Pecan pie with buttermilk Sorbet.

END_OF_DOCUMENT_TOKEN_TO_BE_REPLACED

More Stories
Today* in Corgis* around TownHappy Holidays From Due South!