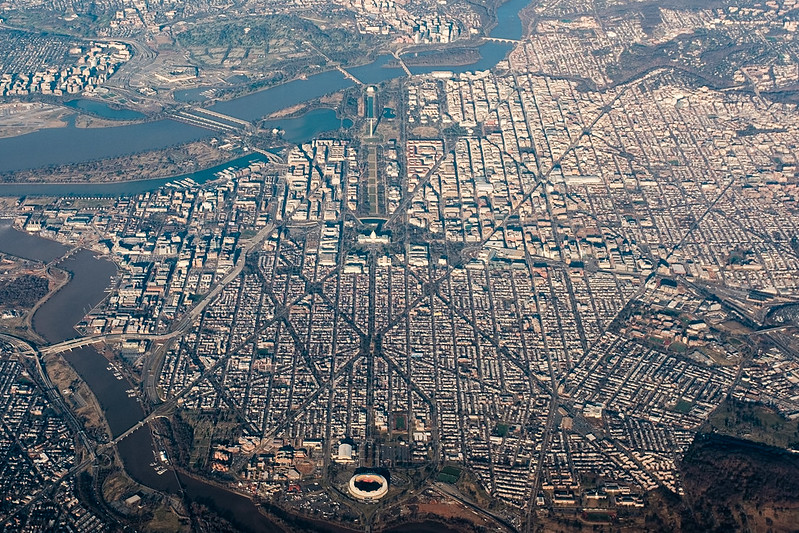 “Today is a major step forward for a project that has stretched on for nearly two decades, offering more concrete details of the vision and hope Hill East neighbors have long held for Reservation 13 to extend the neighborhood from 19th Street to the Anacostia River.

The winning bids commit to building more housing at multiple price points and for individuals and families at different stages of life, bringing much needed local retail, a hotel, and adding neighborhood parks and green spaces. I’m looking forward to digging more into the details on the selected proposals and how they plan to make good on the promises to the community they’ve made. Thanks to the team at DMPED and to all of our ANC and Ward 6 neighbors who have helped shape this project.”

“Mayor Muriel Bowser and the Office of the Deputy Mayor for Planning and Economic Development (DMPED) announced new progress in the Hill East Phase II Development in Ward 7 by selecting Blue Skye Development and Donatelli Development to develop Bundle 1 and R13 Community Partners to develop Bundle 2. This is the third and largest project awarded under Mayor Bowser’s EquityRFP initiative, which increases access to development opportunities for entities or organizations that are owned or majority controlled by individuals determined to be part of a socially disadvantaged population. Further, the project continues Mayor Bowser’s longstanding commitment to delivering projects that maximize income restricted housing, including deeply affordable housing; create job opportunities for District residents; and provide retail and other neighborhood serving amenities to underserved communities.

“In Hill East, we’re creating new opportunities for DC residents and, by using the equity inclusion priority, doing so in a way that honors the legacy of RFK,” said Mayor Bowser. “We know that Washingtonians need jobs and housing, and that’s what we are delivering in Hill East. These projects move us another step closer to reaching our goal of 36,000 new homes by 2025, and we are proud to be delivering more than 760 deeply affordable homes to the Hill East community.”

The Request for Proposals (RFP) for the Hill East Phase II development consists of nearly 496,857 square feet of land area and includes two bundles with the following parcels:

Bundle 1: Parcels A, B-1, B-2, F-2 and G-2; and Bundle 2: Parcels C, E and H. Given the parcels’ locations, adjacent to the Robert F. Kennedy Memorial Stadium, the District included a “Robert F. Kennedy Ideals Implementation” section for the RFP. During his life and through his career, Kennedy was a champion for civil rights, economic opportunity, affordable housing, and equitable access to education. The District, through this redevelopment, endeavors to provide a living memorial for Robert F. Kennedy that reflects and implements his ideals and the continuation of his vision for a more just, equal, and fair America. In addition to complying with the Hill East Master Plan, Mayor Bowser called for proposals to maximize affordable housing by including 1/3 deeply affordable units (0-60% AMI), 1/3 middle income units (60-120% MFI), and 1/3 market rate units.

“The equity inclusion priority offers a built-in pathway for making economic development more equitable and more diverse,” said Deputy Mayor for Planning and Economic Development John Falcicchio. “We’re proud to be using this tool to ensure Hill East is transformed into a campus where Washingtonians from all walks of life can thrive. I look forward to working with the development teams to expand housing opportunities, provide world-class amenities for residents, and ultimately deliver a community that lives up to the progressive ideals of Robert F. Kennedy.”

The proposal from Blue Skye Development and Donatelli Development for Bundle I envisions 1,068 residential units in total, including 356 deeply affordable units, 356 middle income units, and 356 market rate units. This would consist of 994 rental units and 74 for-sale units, with 25,000 square feet of retail space. The proposal includes singles and family sized units with one-bedroom, two-bedroom, and three-bedrooms available. The proposal also includes a linear park along Independence Avenue, SE to honor Robert F. Kennedy. Blue Skye Development, a 100% African American owned company, will represent, manage, and control at least 50% of their project phase.

The proposal from R13 Community Partners, a 100% African American owned and controlled team, for Bundle 2 includes 1,246 residential units in total, with 407 deeply affordable units, 334 middle income units, 500 market rate units, and 5 units reserved for building superintendents. This would consist of 1,116 rental units and 125 for-sale units. R13 Community Partners proposes a 150-key hotel and approximately 60,000 square feet of retail space. To honor Robert F. Kennedy, a triangular park celebrating his legacy would be included and the hotel would incorporate references to his legacy throughout the interior design. A History and Cultural Walk is also planned to recognize the history of Reservation 13. The team is composed of Frontier Development & Hospitality Group LLC, BRP Companies, H2 Design Build, Broughton Construction, A. Wash & Associates and U Street Parking.

This project continues Mayor Bowser’s promise to make tangible progress on the District’s longstanding or long-stalled development projects including, the St. Elizabeths East Campus in Ward 8, McMillan Sand Filtration site in Ward 5, and the Franklin School in Ward 2. Hill East, formerly known as Reservation 13, is comprised of 67-acres of land located on the western shore of the Anacostia River. The land was transferred to the District in 2010. In March 2015, Mayor Bowser executed her first Land Disposition Agreement for the Hill East Phase 1 redevelopment. In 2018, the District broke ground on Phase I construction and delivered parcel G-1 in December 2020. Last November, Mayor Bowser celebrated the ribbon cutting of Park Kennedy and groundbreaking of the second building of the Hill East Phase I development project. Upon completion, Hill East Phase I will add 362 residential units of which 31 will be affordable housing units, 100 will be permanent supportive housing units primarily for formerly unhoused residents, 25,728 square feet of retail, and 156 parking spaces.”