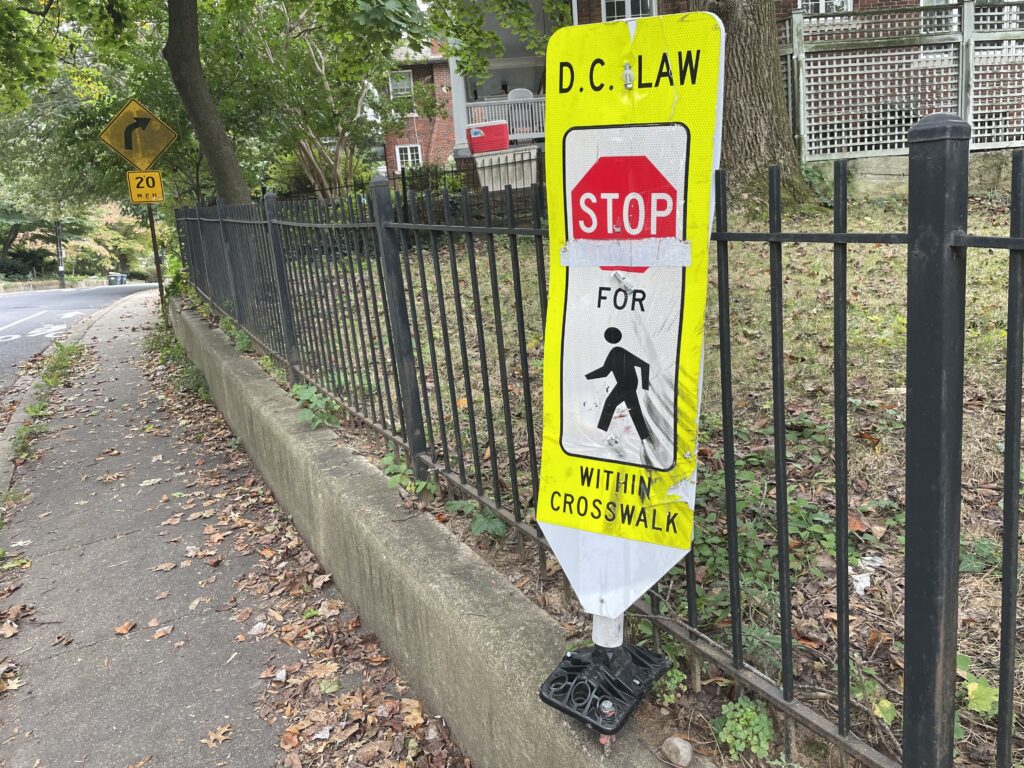 “Today, Mayor Muriel Bowser and the District Department of Transportation (DDOT) announced the immediate acceleration of safety improvement projects that will better protect pedestrians as well as new reforms that will streamline and speed up the completion of safety projects.

“The work to make our roads and sidewalks safer is urgent,” said Mayor Bowser. “In addition to accelerating safety improvement projects citywide, residents deserve a faster process for having dangerous conditions on our roads and sidewalks addressed. We can and will move faster, and implementing a streamlined, less bureaucratic process is the first step in making that happen.”

Beginning this week, DDOT will accelerate roadway and intersection improvements that will enhance pedestrian safety, including the installation of speed humps, stop signs, and right turn hardening measures. DDOT will also install measures that provide visual and concrete reminders to drivers that they must drive responsibly, to include driver feedback signs, high visibility crosswalks, concrete curb extensions, and extended leading pedestrian intervals.

Also, starting now and continuing annually, DDOT will target 100 intersections that are within the District’s high-crash, high-injury corridors.

Similar to the 2021 Summer Safety Campaign, progress will be published on a dashboard on DDOT’s website.

“The heartbreaking traffic crashes in recent weeks have reminded us all that roadway safety is paramount,” said Acting DDOT Director Everett Lott. “We’re increasing workloads and streamlining processes to finish our safety improvement projects quicker, and we’re also doing what we can to deter the reckless driver behavior that causes these senseless tragedies to begin with.”

In addition to accelerating safety projects, DDOT is also streamlining the community engagement process to allow the agency to move faster in addressing traffic safety issues across the District and more aggressively pursue the District’s Vision Zero goals. Reforms to the Traffic Safety Investigation (TSI) program will enable DDOT to more rapidly investigate, design, and deliver traffic safety improvements such as speed humps and All-Way Stop Control on local streets. When justified, such safety improvements will be installed as quickly as possible and will not be subject to delays caused by multiple reviews or comment periods. To expedite this process, DDOT has added internal engineers from other projects as well as contractor resources to speed up TSI investigations. In addition, a dedicated construction contract will speed up the implementation of the recommended safety countermeasures by an estimated 40%.

Another immediate reform, which began over the summer, includes realigning DDOT’s Vision Zero Division into the Project Delivery Administration. This change will consolidate all of the agency’s capital safety programs into one place and ensure Vision Zero is incorporated holistically into the entire DDOT capital program. As a result, DDOT will be able to increase the rate and speed of critical safety project delivery moving forward.”

More Stories
Some New Barbies in Town and “clearly up to no good.”“We were trying to figure out who was in the wrong”