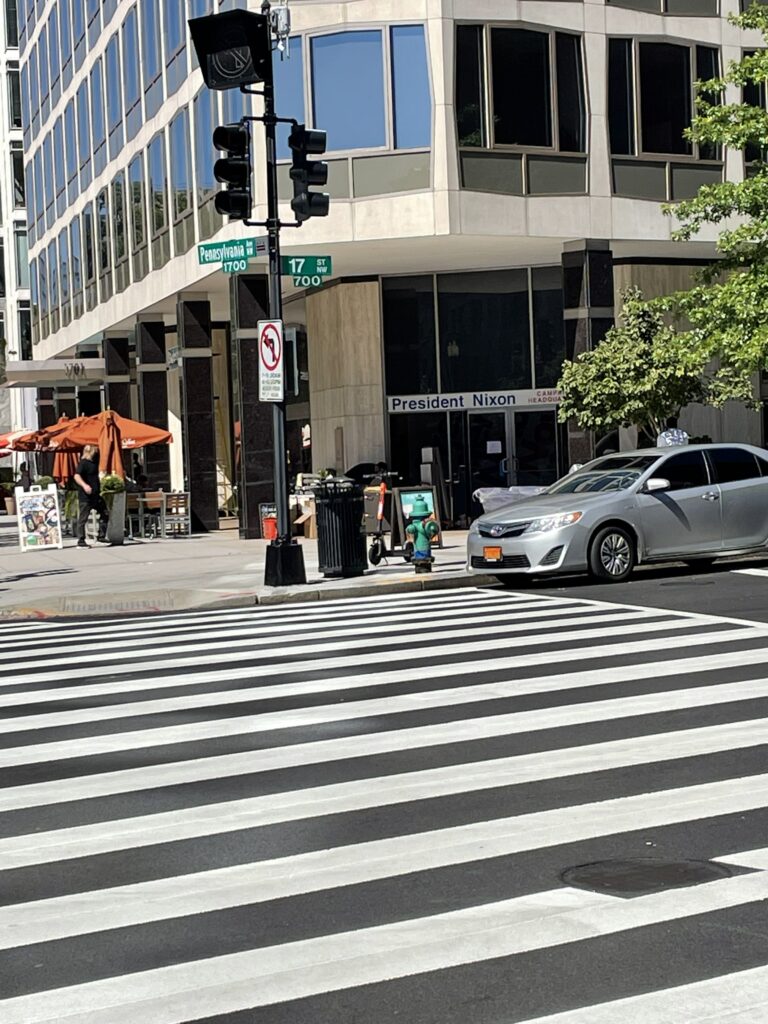 Yesterday we noted the “new” Nixon Campaign Headquarters that sprouted in the old Caribou Coffee space at 17th and Pennsylvania Ave, NW.

Thanks to all who passed on this alert about filming Sunday from MPD:

“On Sunday, September 26, 2021, White House Plumbers will filming in the District of Columbia. In conjunction with this event, there will be parking restrictions and intermittent traffic closures that motorists should take into consideration:

The following streets will be posted as Emergency No Parking and will be subject to intermittent closures on Sunday, September 26, 2021 from 7:00 a.m. and 8:00 p.m.:

“A five-part series that tells the true story of how Nixon’s own political saboteurs and Watergate masterminds, E. Howard Hunt and G. Gordon Liddy, accidentally toppled the presidency they were trying to protect.”

Be on the lookout for some Woody Harrelson sightings…