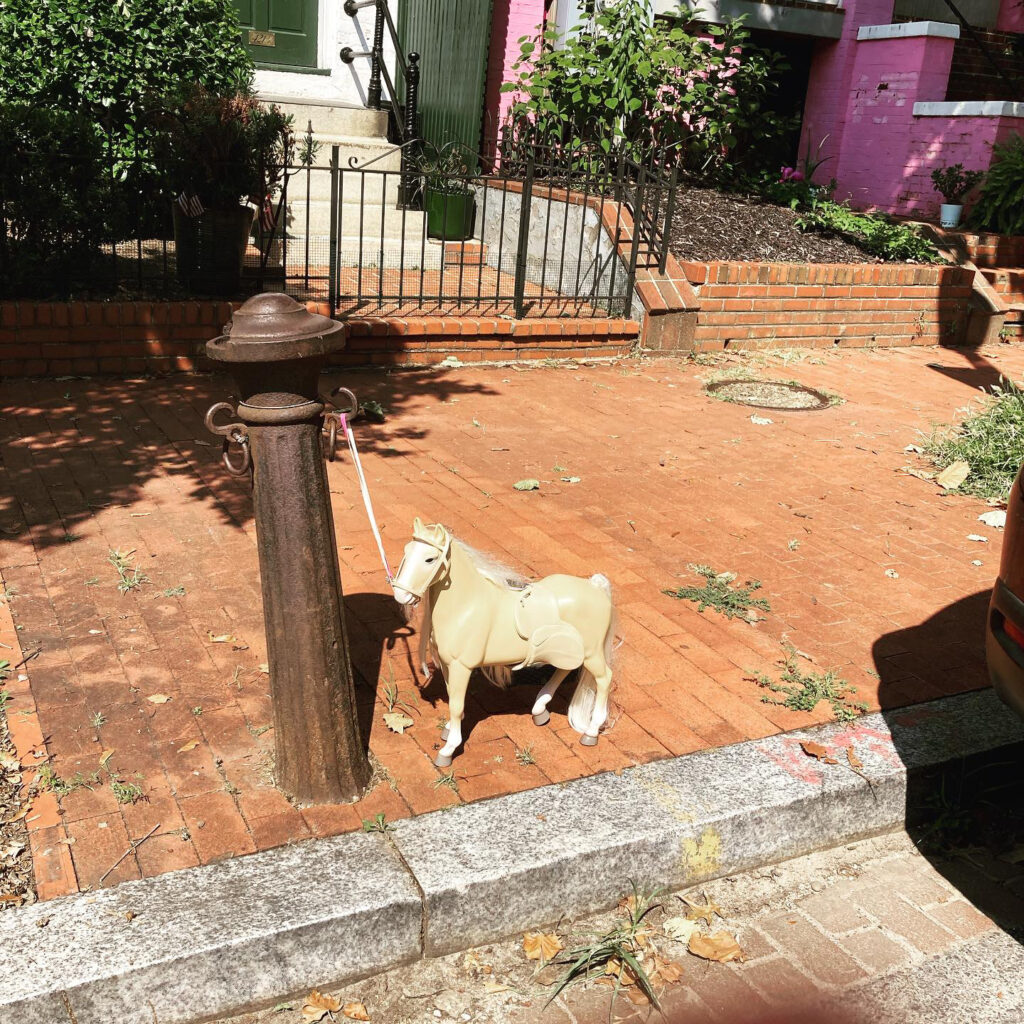 We had a street art pony named Blondie chained to an original hitching post on Capitol Hill on the 400 block of 6th Street SE and over the weekend it was stolen. The pony delighted all the kids (plus adults) in the neighborhood and we are hoping we can shame the thieves into returning her, or at least make sure they don’t do it again.

Attached are the wanted poster and a picture of the pony before she was rustled. Here’s a video of her being stolen.

The guy has on an American flag bunting that was stolen the same night a few houses down. Also, before anyone assumes they just thought she was out for free, watch the video where they take turns trying to break her chain.

Thank you,
The Plastic Sheriff of SE Capitol Hill”

Adams Morgan PorchFest returns on Saturday, Oct. 2 with more than 60 local bands! Nineteen porches, patios and stoops will become stages for the day, drawing music-lovers from around the…

photo by Eric Wilfong “Dear PoPville, There used to be a vendor selling duck in steamed Chinese buns and when I stopped by last week, he was no longer there….

Aaron Seyedian here, the founder of Well-Paid Maids, and I can’t believe it either — it’s already fall. I hope everyone took some time for themselves this summer, whether that…

Read more →
More Stories
Report: “all federal employees to be vaccinated, without any option for regular coronavirus testing”Today’s rental was chosen for the price and back balcony/porch