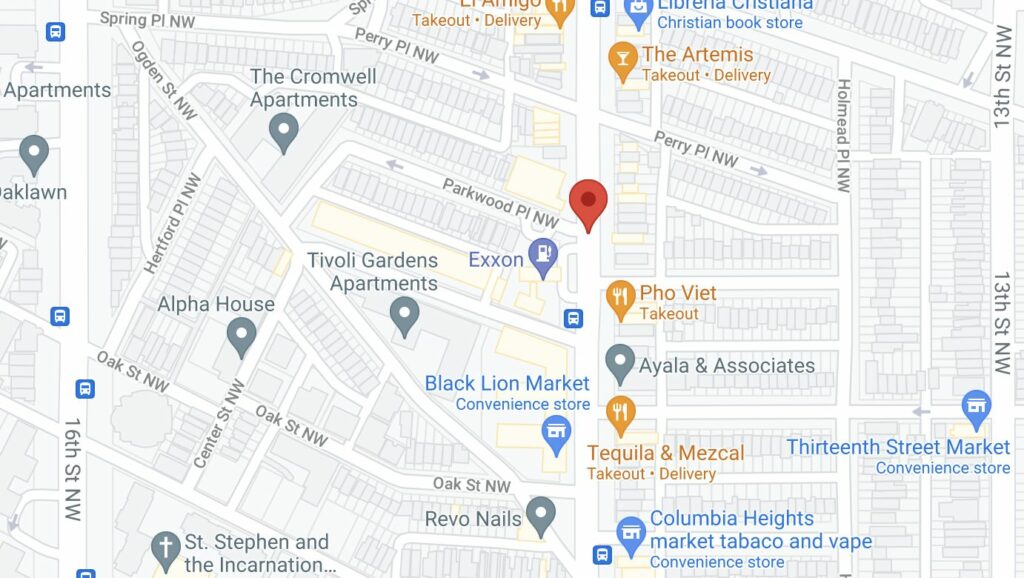 Readers reported: “LOTS of gunshots in Columbia Heights near Otis and 13th. Around 1am. Heard one round of about 15 shots, followed by another round. Loud and lots of shots.”

“On August 28, 2021 at approximately 1:00 am the Fourth District was working a shooting in the 1400 block of Parkwood Place NW. Three adults suffered gunshot wounds to their body and were taken to a local hospital. The case is being investigated by the Violent Crime Branch. If you have any information please contact 2027279099″

“Detectives from the Metropolitan Police Department’s Homicide Branch are investigating a homicide that occurred on Saturday, August 28, 2021, in the 1400 block of Parkwood Place, Northwest.

At approximately 12:57 am, members of the Fourth District responded to the area of the listed location for a reported shooting. Upon arrival, members located an adult male suffering from apparent gunshot wounds. DC Fire and Emergency Medical Services responded to the scene and transported the victim to an area hospital for treatment. After all life-saving efforts failed, the victim was pronounced dead. Two additional victims, an adult male and an adult female were transported to local hospitals for non-life threatening gunshot wounds.

The decedent has been identified as 55 year-old Thomas Precious Wynder, of no fixed address.