Readers started reporting at 7:29pm: “just heard a whole bunch of what sure sounded like gunshots on Sherman Ave by Girard St. A bunch of cops pulled up quickly”

Then at 12:21am: “Wonderful. That was about 20 gun shots in the alley next to my house just now. Columbia Heights”

“Detectives from the Metropolitan Police Department’s Third District seek the public’s assistance in locating suspects and a vehicle in reference to an Assault with a Dangerous Weapon (Gun) offense that occurred on Wednesday, August 4, 2021, in the 1300 block of Columbia Road, Northwest.

At approximately 12:20 am, the suspects discharged firearms in the direction of a group at the listed location. One victim sustained gunshot wounds and sought treatment at a local hospital. The suspects fled the scene.

The suspects were captured by a nearby surveillance camera and can be seen in this video:

The suspects’ vehicle, described as possibly being a black Dodge Charger, can be seen in the photos below: 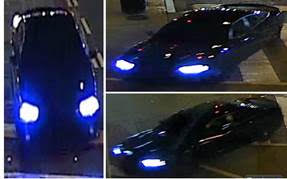 Anyone who can identify these suspects or vehicle or has knowledge of this incident should take no action but call police at (202) 727-9099 or text your tip to the Department’s TEXT TIP LINE at 50411.”