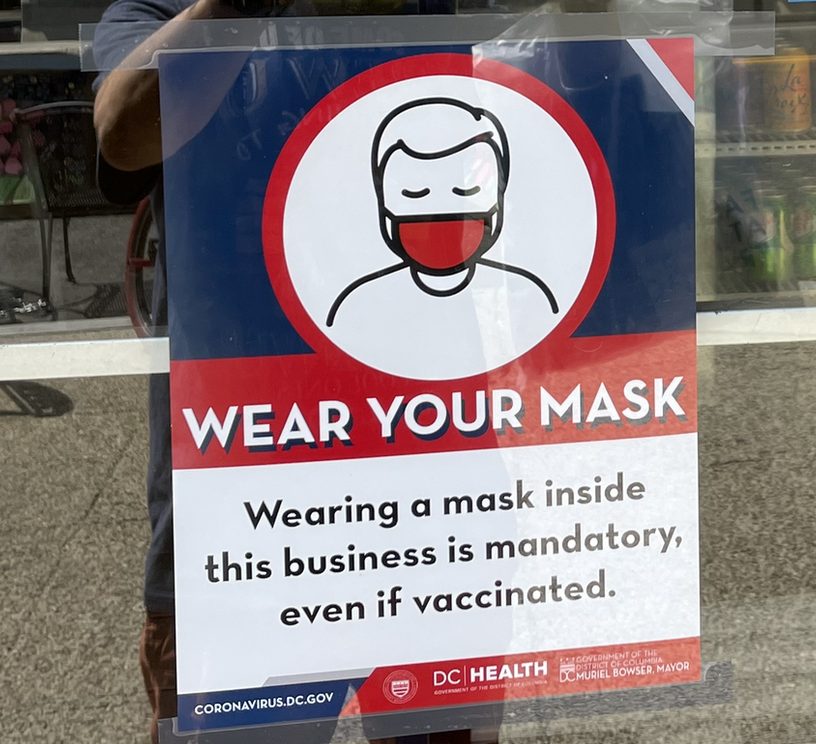 Call me crazy, but I think it’s unconscionable that business owners in DC are legally permitted to refuse entry to customers who are unmasked, but DC renters apparently do not have the same right when it comes to landlords or contractors entering apartments unmasked for non-emergency repairs.

A month ago, a plumber showed up to fix a leaky faucet and refused to wear a mask, claiming, “I’m vaccinated.”

Our neighbor had 2 contractors show up unmasked. When asked to wear masks they reluctantly complied, but after 10 minutes into the job they pulled them down to their chins. And last week, a team of contractors arrived for a half-day job inside a studio apartment with the occupant at home, and none of them was masked.

We all felt unsafe, but we weren’t sure of our rights and worried that if we refused them entry, our LL might charge us for the service calls, which he is known to do.

According to OTA, there is no explicit right in the Mayor’s mandate for renters to safeguard their health in their own homes. Council queried the Mayor’s office on our behalf, then referred us to OAG.

In situations like this, the fallback reply is often, What’s in your lease? But if the government can impose a rent moratorium on landlords, shouldn’t they be able to supersede lease agreements in the interest of public health?

I get it that in America, property rights trump everything. But in the midst of a public health emergency in a city where over 50 percent of the population are renters, and which touts itself as having some of the strongest tenant protections in the nation, this seems like a huge fail.”