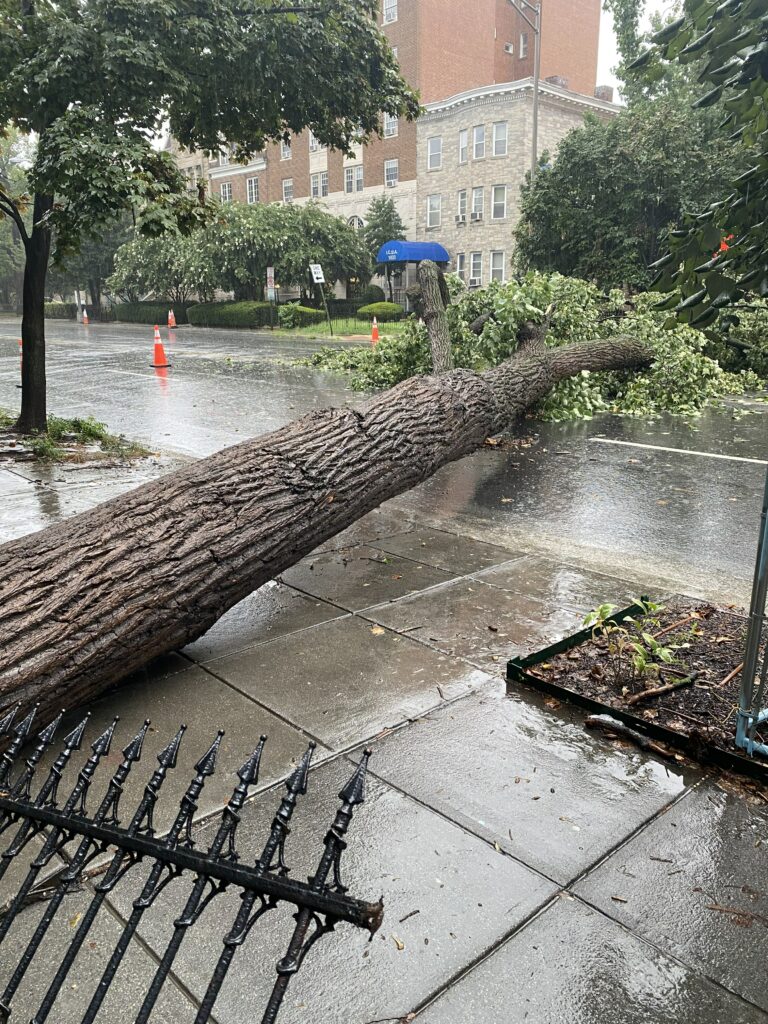 “The National Weather Service in Sterling Virginia has issued a Flash Flood Warning for District of Columbia until noon today.

At 755 AM EDT, Doppler radar indicated showers producing heavy rain across the warned area. Between 1 and 1.5 inches of rain have fallen. Additional rainfall amounts of 0.5 to 1.5 inches are possible in the warned area. Flash flooding is ongoing or expected to begin shortly. 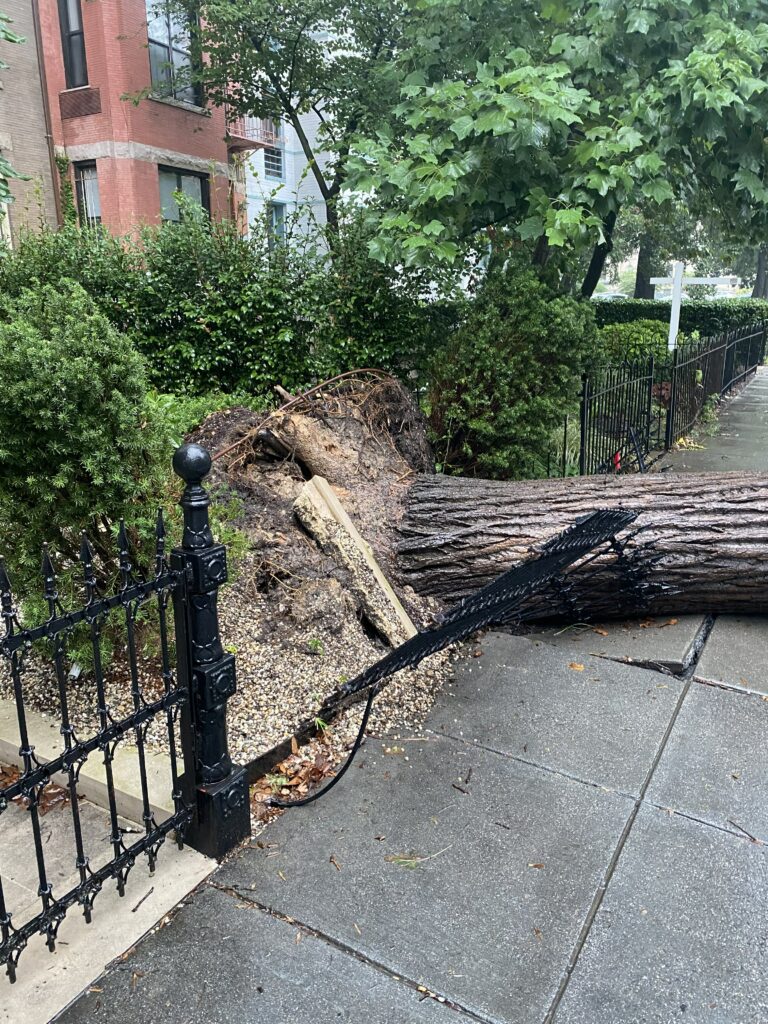 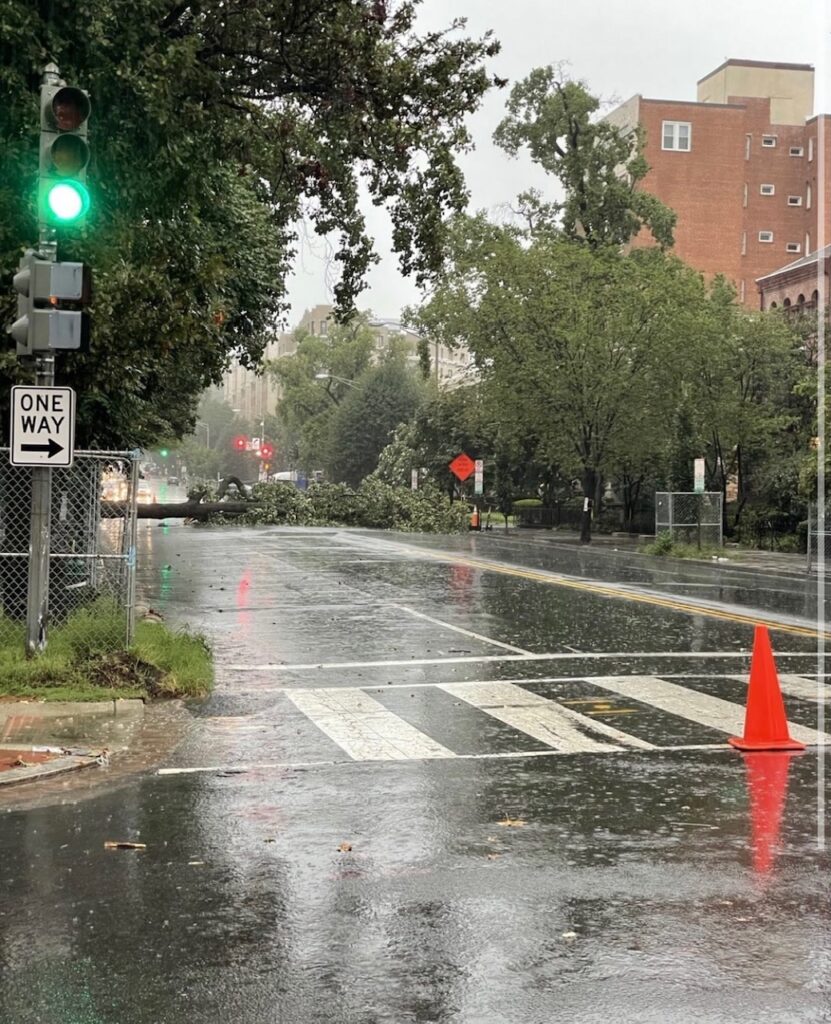 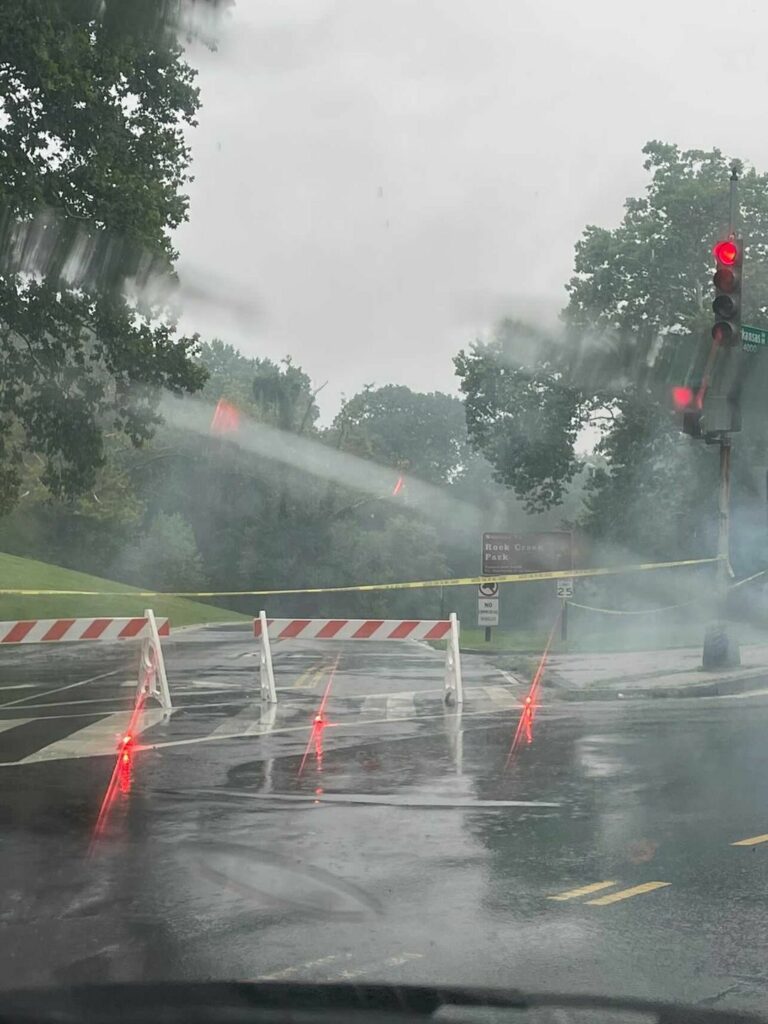 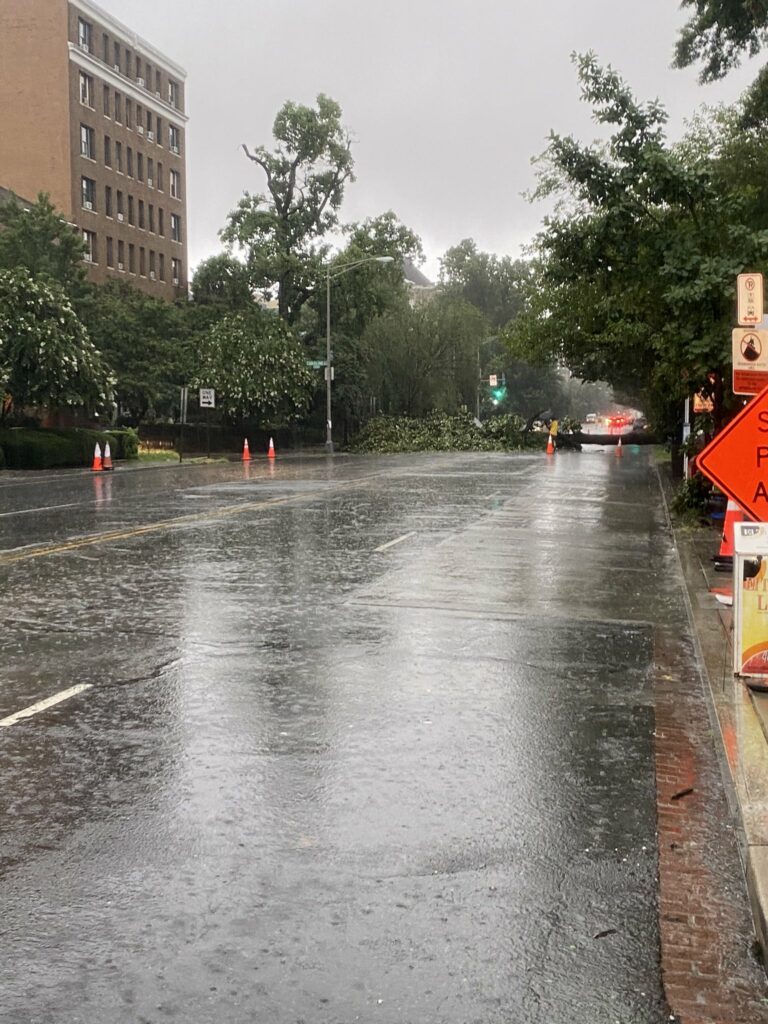 “Huge tree down on 16th street by Swann” photo by Rash