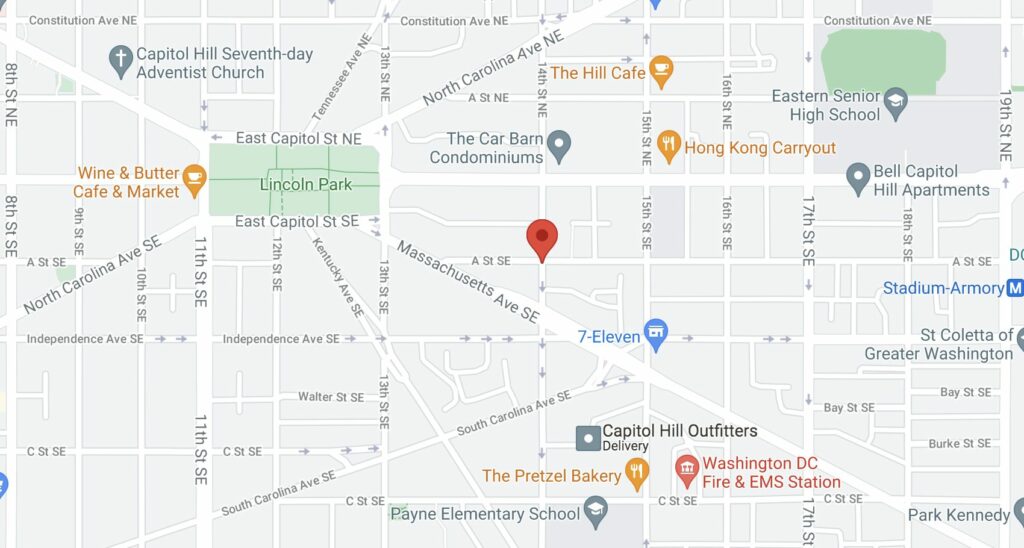 “Shortly after 3 PM today, an armed carjacking involving three suspects occurred in the 1400 block of A Street SE. While the initial responding officers were en route, the carjacked vehicle was observed. A vehicle pursuit occurred that ended along the Anacostia River Trail

. With the assistance of our police K9 teams and police helicopter Falcon, three suspects were arrested and a gun was recovered. Our detectives will continue to investigate to ensure successful prosecutions and ask that anyone with relevant information call in a tip to 202-727-9099 or anonymously text 50-411.”

Also from Congressional Cemetery, not clear if related, in addition or reported in error: 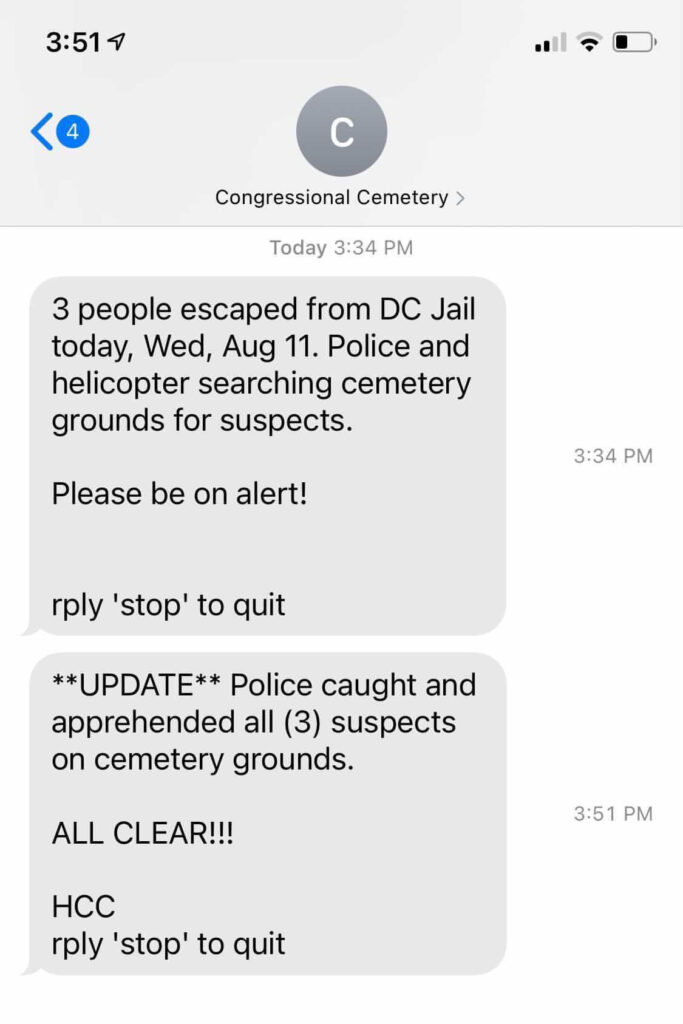