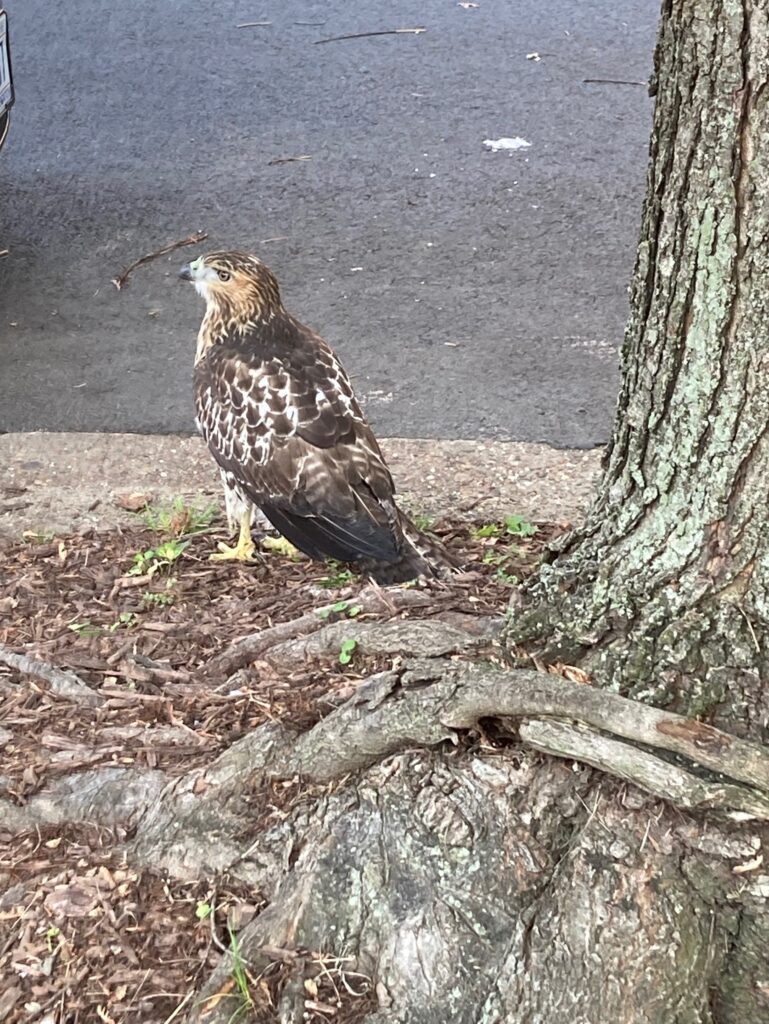 Thanks to Karene for sending “This red-shouldered hawk crash landed in front of our upper NW house (Chevy Chase DC) early in the morning of July 4.

The hawk appeared injured and was being mobbed by crows, cardinals, robins, catbirds, and every other bird in the vicinity. We called animal rescue to help, since the hawk tried several times to take off but would lose balance. Not too much later, when we turned around, the hawk had managed to take flight.”