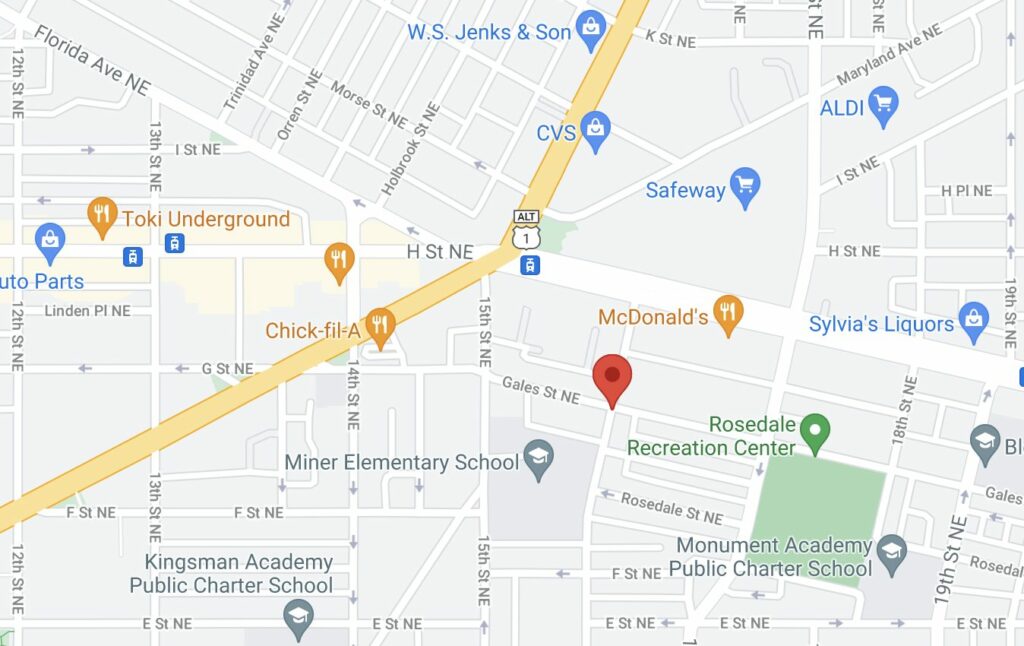 “Detectives from the Metropolitan Police Department’s Homicide Branch are investigating a homicide that occurred on Monday, July 19, 2021, in the 1600 block of Gales Street, Northeast.

At approximately 7:42 pm, members of the Fifth District responded to the listed location for the sounds of gunshots.

Upon arrival, members located an adult male victim suffering from a gunshot wound. DC Fire and Emergency Medical Services responded to the scene and found no signs consistent with life. The decedent remained on the scene until being transported to the Office of the Chief Medical Examiner.

The decedent has been identified as 41 year-old Theodore Dewayne Riley, Jr., of Southeast, DC.

and in Brightwood Park:

“On 7/20/21 at approximately 12:07am, Fourth District Officers heard gunfire in the area of 7th & Jefferson Streets, NW. A canvass revealed a number of spent shell casings and damage to multiple vehicles in the area.

If you have any additional information please contact the Command Information Center on 202-727-9099 or send an anonymous text to 50411.”

More Stories
Creole on 14th looking to stay open later in Columbia Heights. What’s the word on them? Any fans?Mayor Bowser to DC Council, “I am directing the Metropolitan Police Department to use any overtime necessary to meet our public safety needs.”