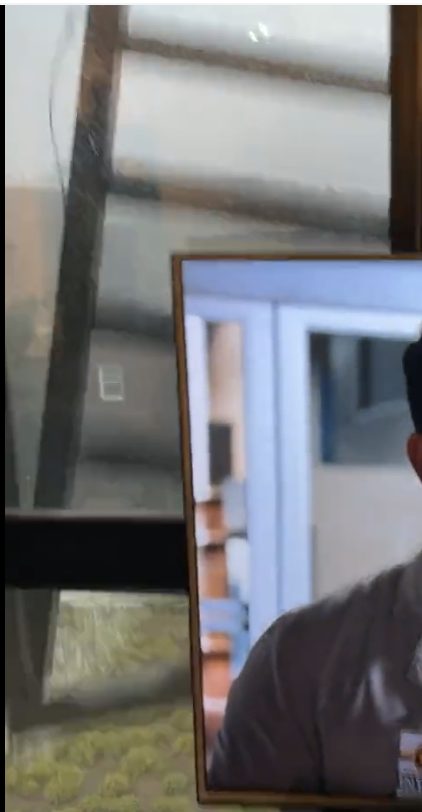 I try not to say this too often but storm’s coming. I think.

Thanks to all who messaged us with photos and video clips.

Shankar reported: “Measured outside our house. Over 2.1 inches in about 20 minutes in Petworth”

The video from the still above of the structure falling off the roof is bananas:

Now I don’t like to say this too often but holy mackerel https://t.co/iSsIX90Zg1 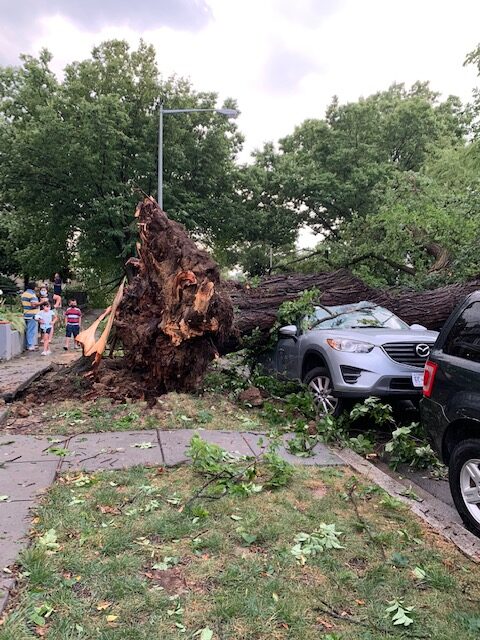 photo by SAF “Kansas between Quincy and Randolph.” 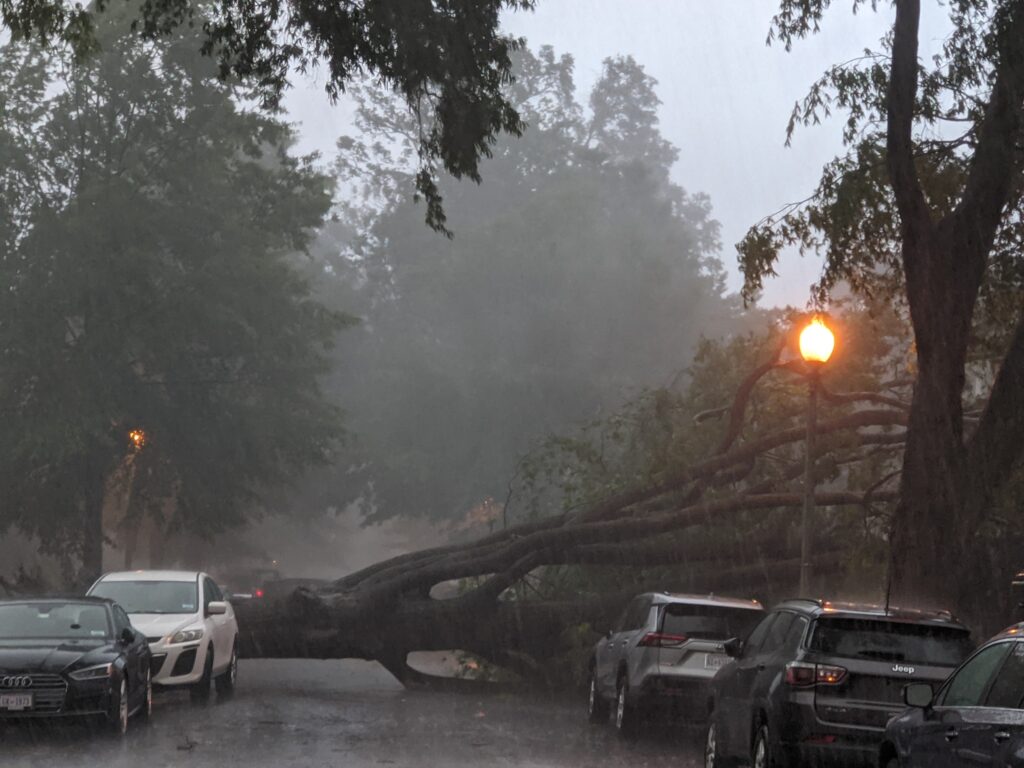 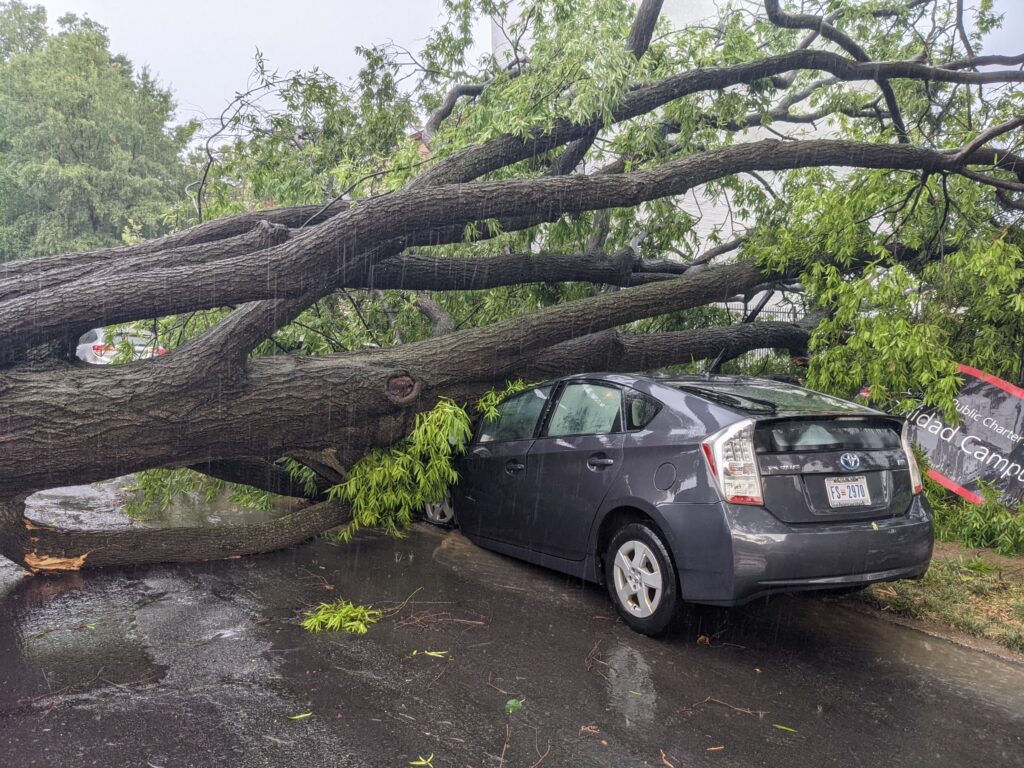 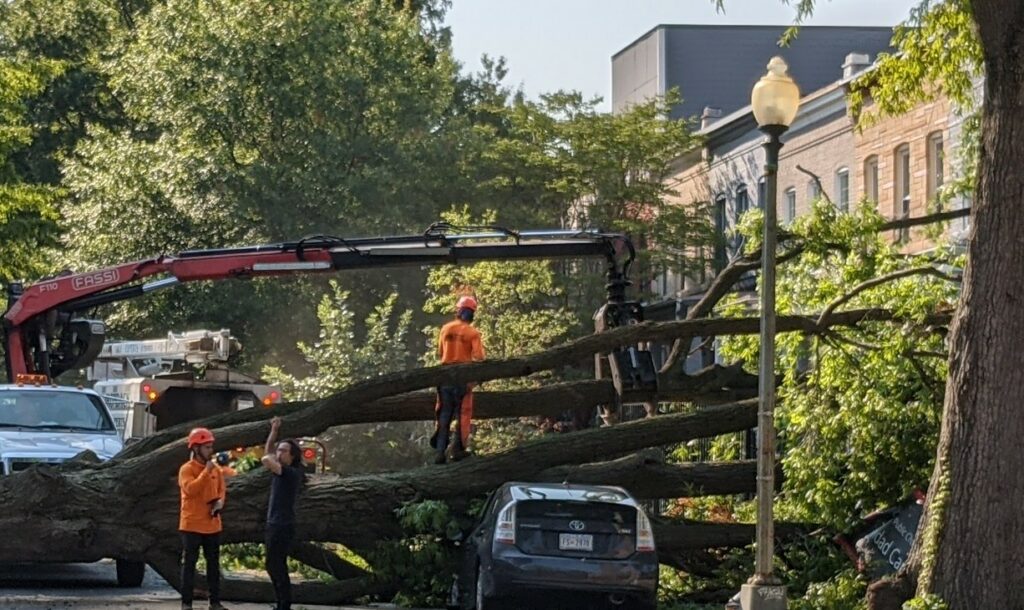 cleaning up, photo by Jan 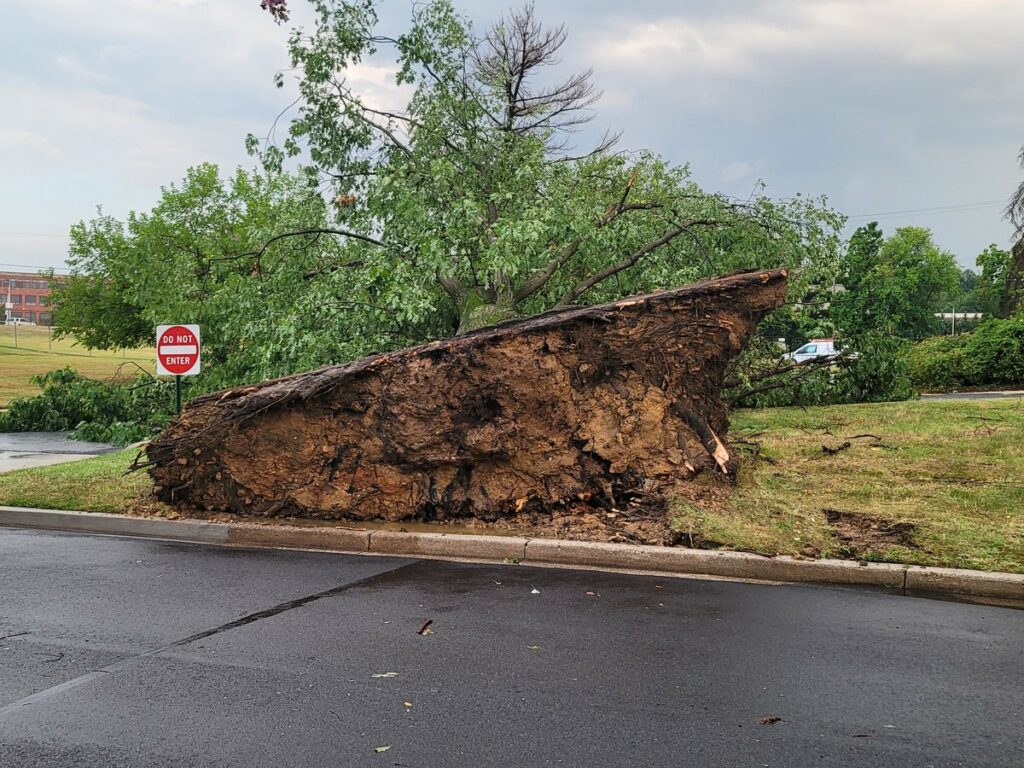 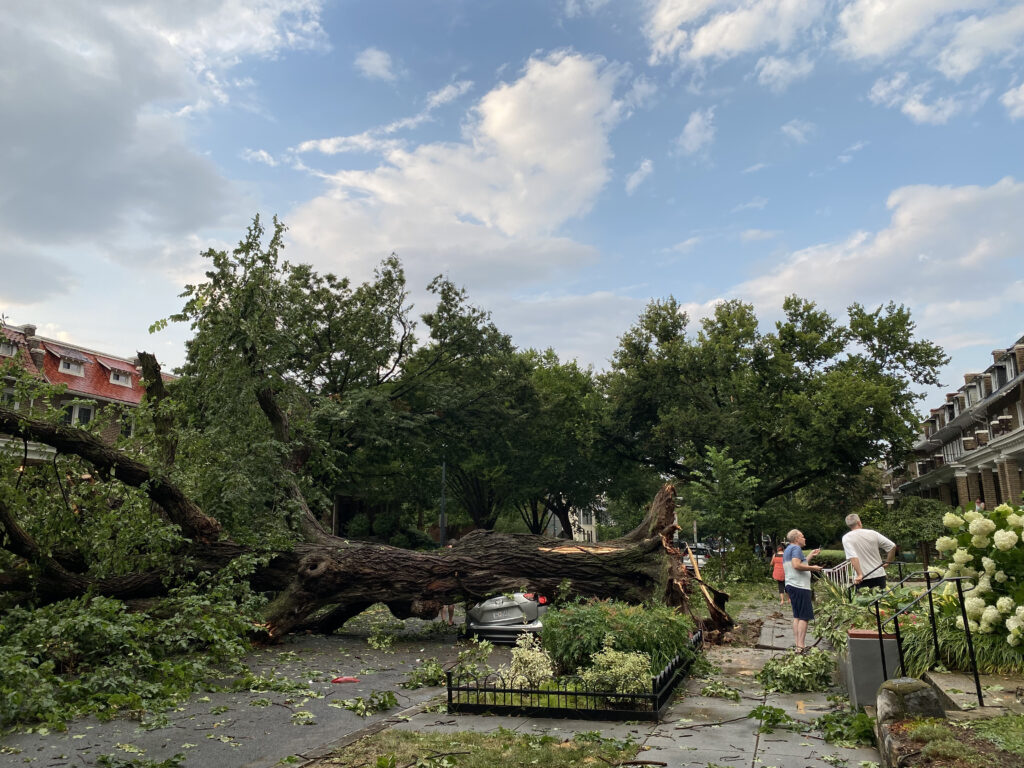 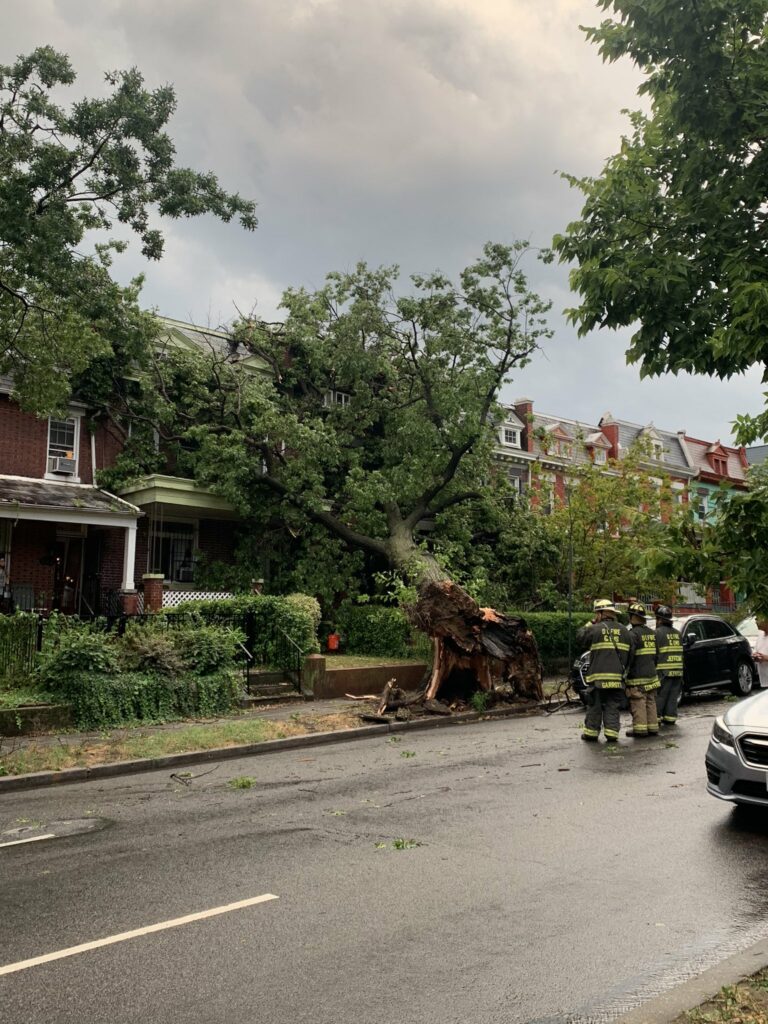 Photo by JWilson “The storm took down a BIG tree on our block of Irving St NW, just east of Georgia Ave.” 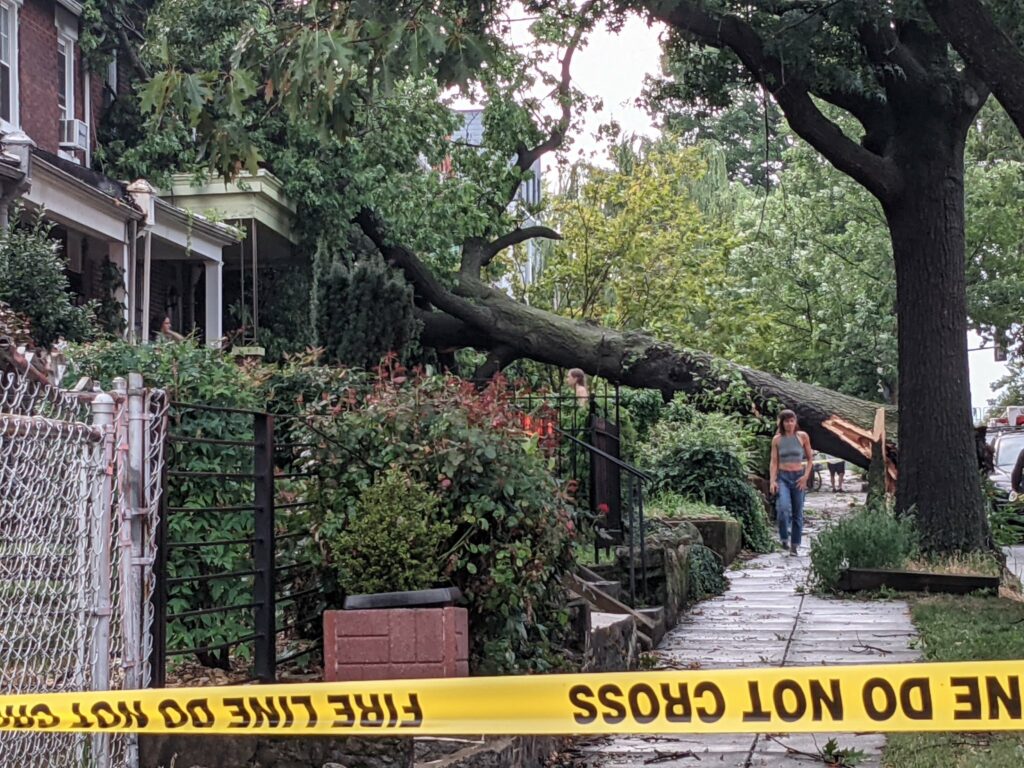 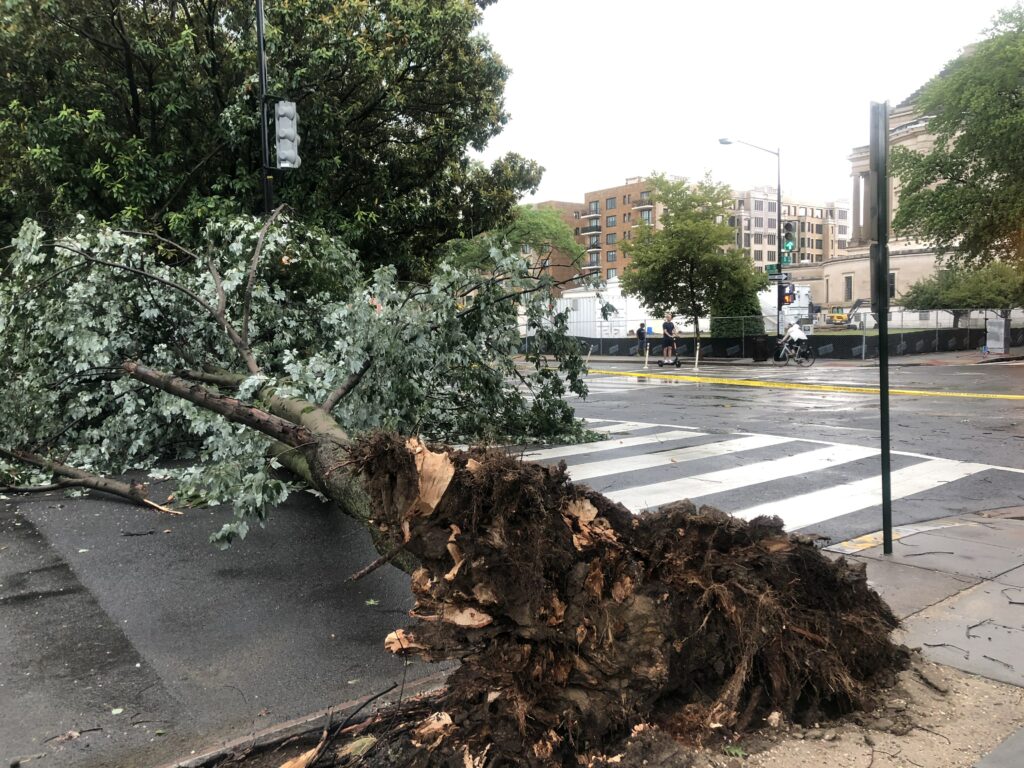 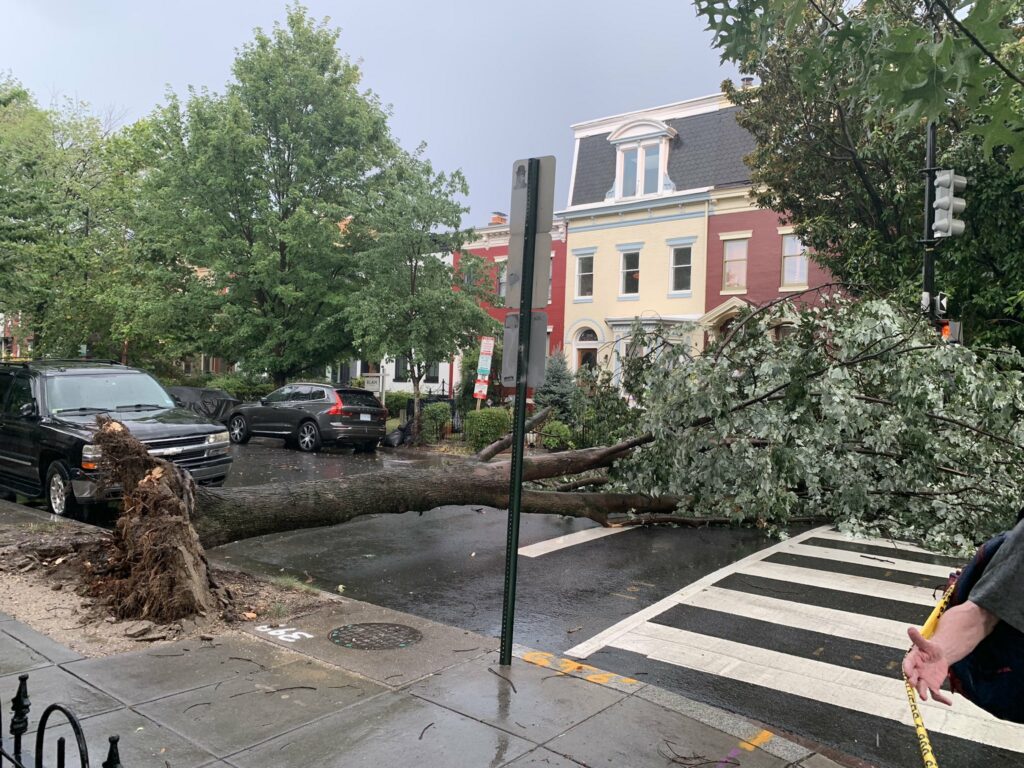 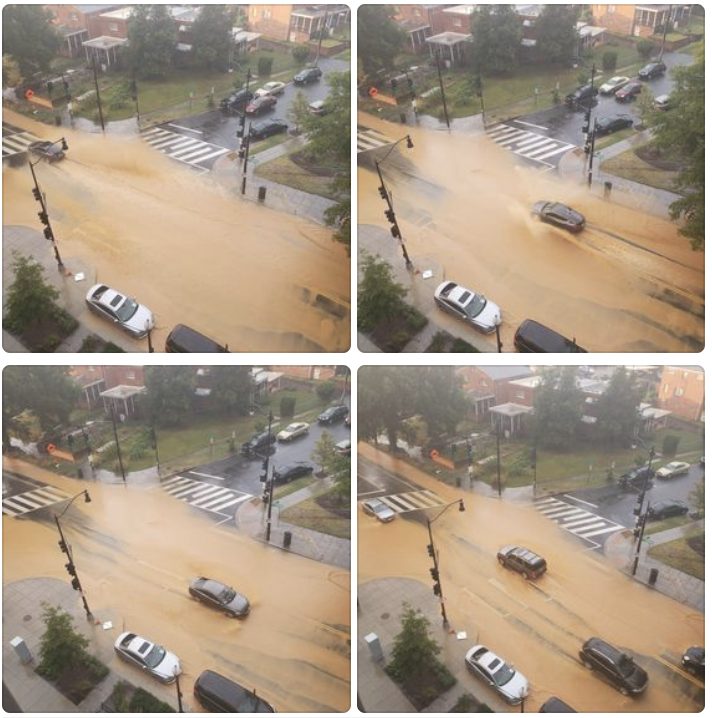 My goodness look at the roots https://t.co/uQbwqSJmIa 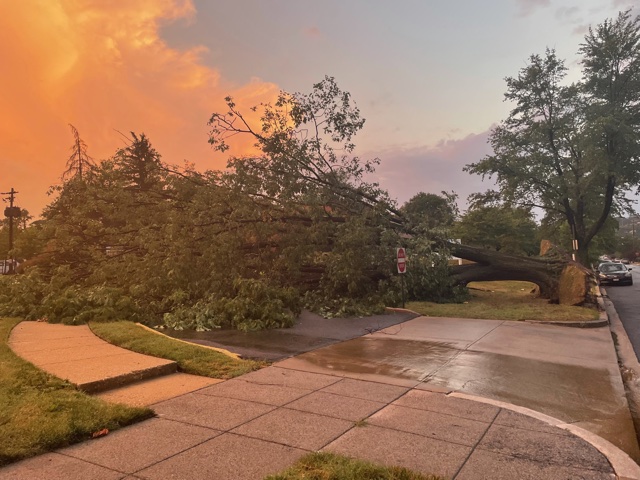 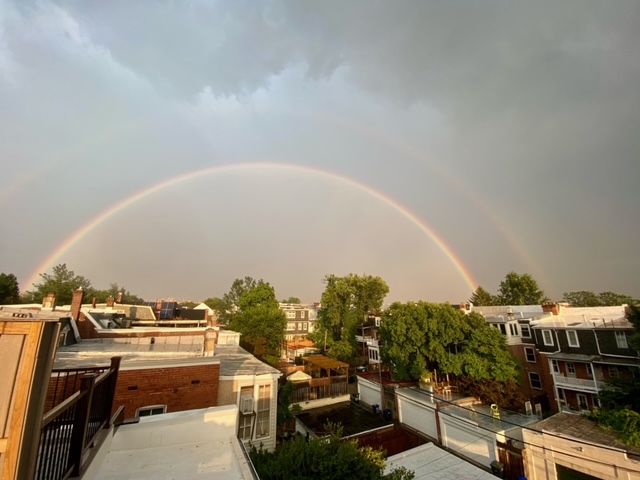 Photo by James “the double rainbow over Mt Pleasant” 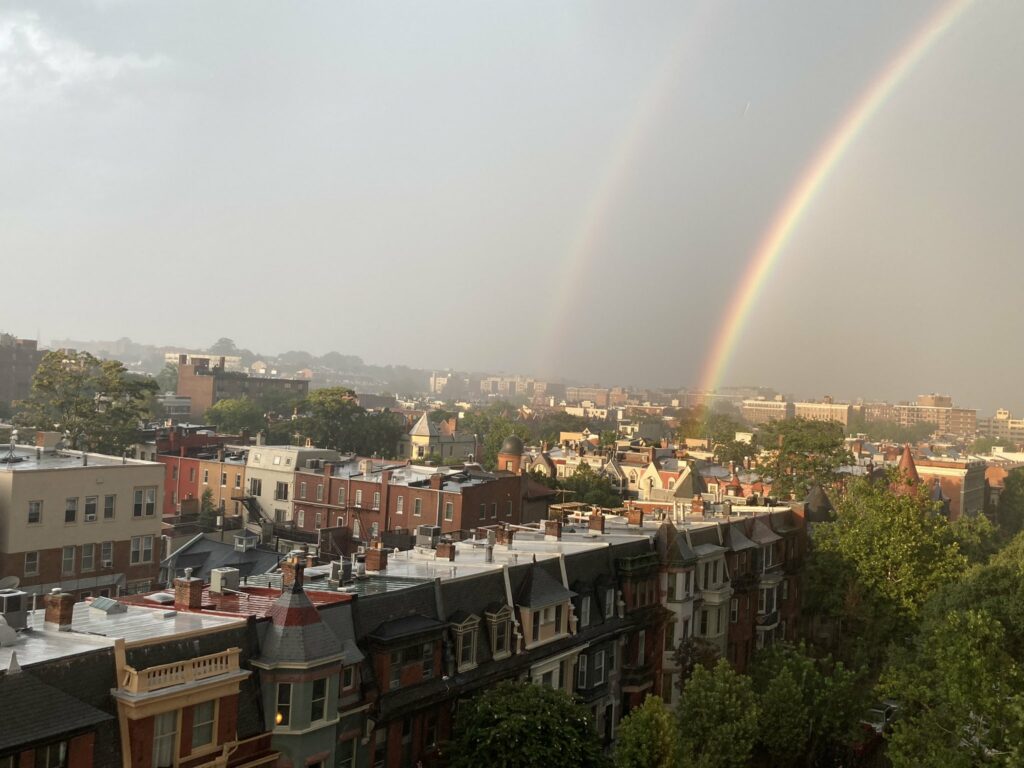 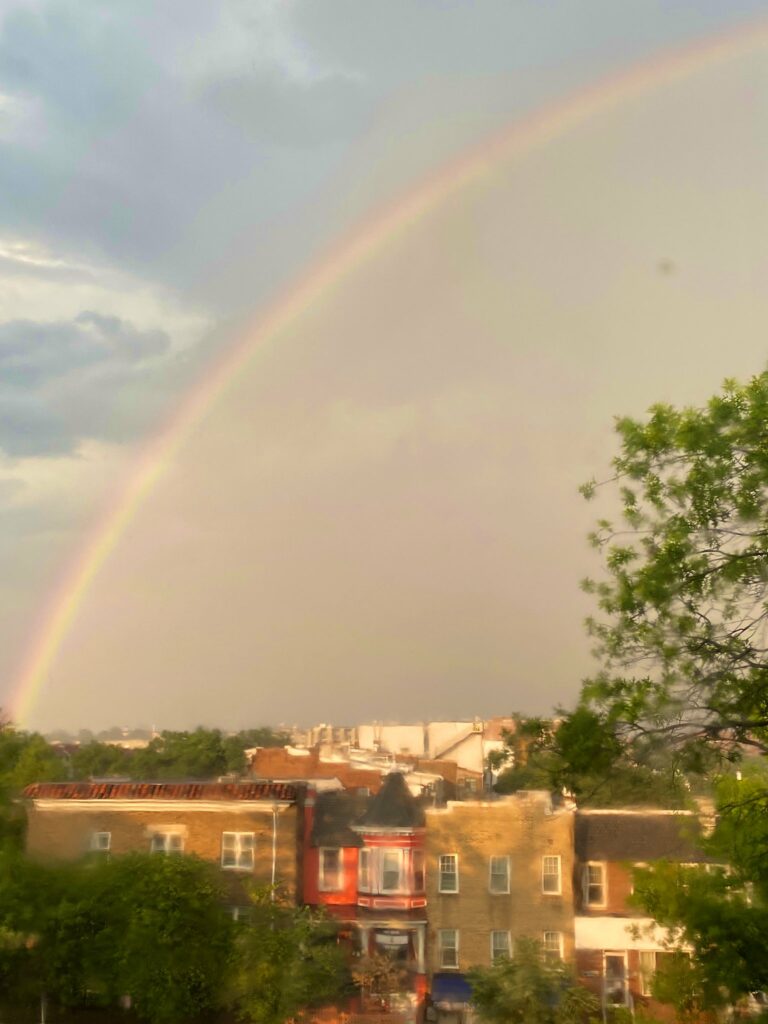 More Stories
“Is this crazy or is this just me?”People are Awesome – Dispatch During the Storm edition