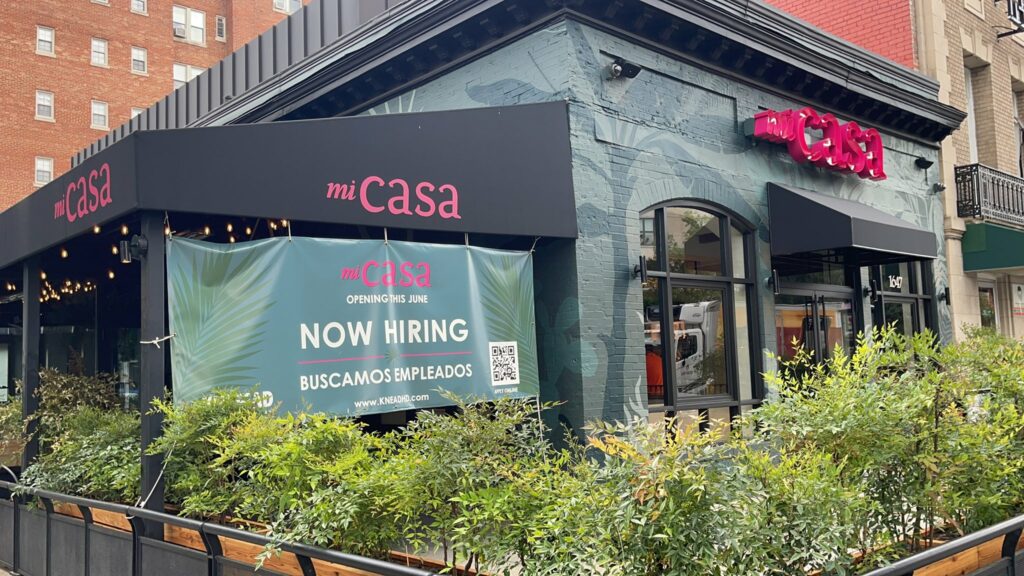 Update: Another reader hears they are “officially opening this coming Monday 7/19” 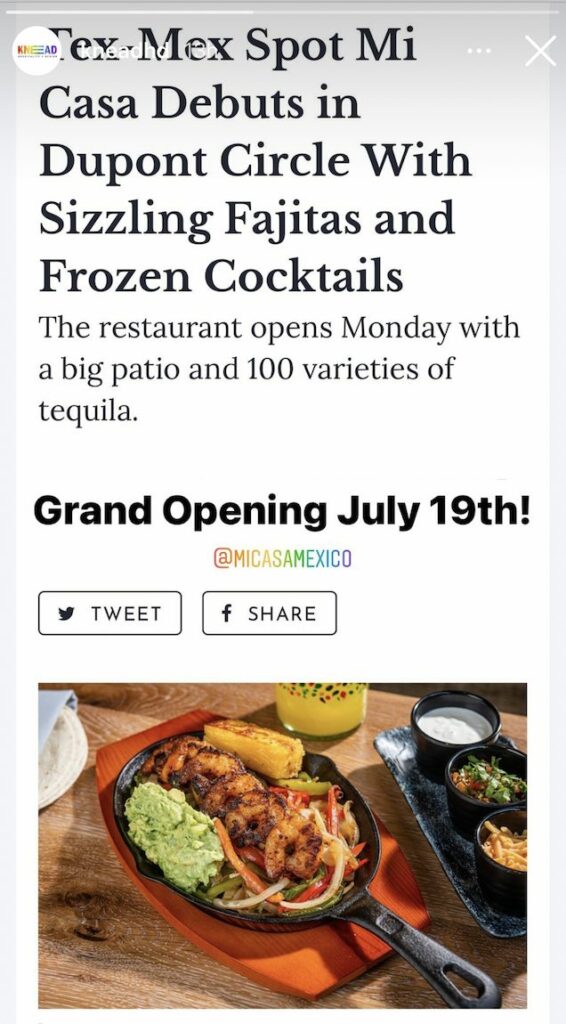 Thanks to Emily for sending the latest from Mi Casa in the former Bareburger (Cosi) Space in Dupont.

“As the saying goes, “Mi Casa es su casa…my home is your home.” Mi Casa is your home away from home. At Mi Casa, we aim to share an upscale experience where the Mexican border intersects with the passion, cooking and flavors of TexMex and the American Southwest.

The menu looks primarily to TexMex with inspiration from California and New Mexico. Chef Santibañez’s many years living in Texas and his Mexican heritage bring a fresh perspective to border cuisine as it evolved in the USA through the creative energy of the immigrants who imported these vibrant food cultures.”

More Stories
Random Reader Rant and/or RevelMPD “discovered multiple cartridge casings, as well as, damage to a building and an automobile”