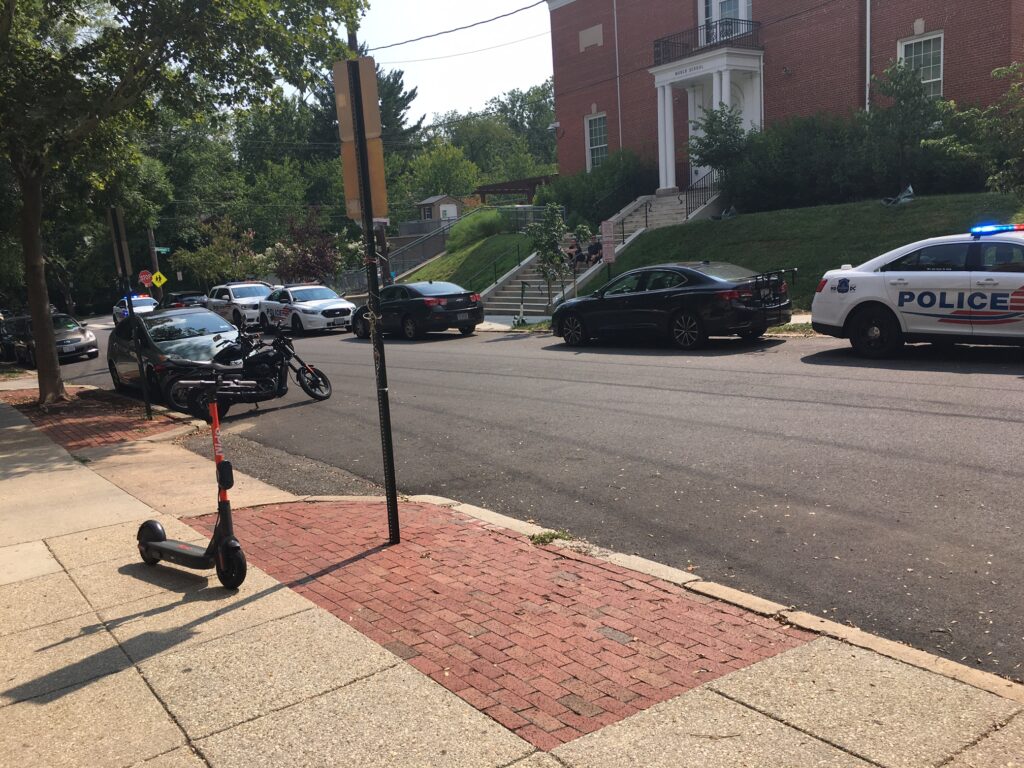 “Mayor Muriel Bowser announced her plan to add an additional 170 officers at the Metropolitan Police Department (MPD) in the remainder of Fiscal Year 2021 and through Fiscal Year 2022.

“Right now, I have directed MPD to use any overtime necessary to meet our public safety demands. But we know that is not a complete solution or the right long-term solution. We also know we need all of our officers to be fresh, rested, and in the best position to make good decisions – and that requires having a full force to meet all of our community’s needs,” said Mayor Bowser. “The department is in a good position to make additional hires and move swiftly to close the gap between attrition and hiring, and that’s what this plan is going to help us do.”

MPD normally hires approximately 250 officers each year. Last year, after the DC Council reduced MPD’s budget by $15 million, the department was left with a near empty hiring pipeline, which had an immediate and significant impact on recruiting new police officers. As a result, this year, MPD has only been able to hire 42 officers: 21 cadets who became recruits, 12 reinstatements, 8 senior police officers, and one leadership official. Additionally, because of those reductions, MPD was unable to host any recruit classes at the Police Academy this year.

This summer, as residents across DC – and especially residents who live in neighborhoods most impacted by gun violence – continue to ask for a strong, sustained police presence, the Mayor directed MPD to use any overtime necessary to meet the city’s public safety needs.

After the Mayor submits the request, the Council will review and vote on the request. If approved, the department will be able to begin making the necessary hires to close the gap between hiring and attrition as swiftly as possible. The hiring opportunity comes as the department is emphasizing a focused effort on improving police-community relations and requiring all divisions of the department to develop comprehensive community outreach plans. Most recently, MPD announced the launch of its Community-Focused Patrol Unit, which deploys officers on small motorcyles and bicycles to neighborhoods across the District for the purpose of building relationships with residents and businesses.

Residents interested in joining the Metropolitan Police Department can learn more at joinmpd.dc.gov.”

also from the Mayor’s Office:

“Today, the Bowser Administration, led by Building Blocks DC, announced the recipients of the Building Blocks DC Community Grants. The grants, which total more than $750,000, are going to more than 60 individuals and community-based organizations that lead efforts to support residents and neighborhoods impacted by gun violence. The recipients were announced by Chris Geldart, Deputy Mayor for Public Safety and Justice, Linda Harllee Harper, Director of the Office of Gun Violence Prevention (GVP), and representatives from the Progressive Life Center (PLC).

“These grants are about empowering organizations and people in our community,” said Mayor Bowser. “This is what we mean by a ‘whole-of-community’ approach to addressing gun violence. We mean everyone coming together to support each other, to think creatively, and to develop solutions that match the needs of our communities.”

“The grantees have designed exciting programs and will now get right to work to implement gun violence prevention opportunities in communities across the District,” said GVP Director Harllee Harper. “I was really struck by the number of great ideas that residents have which proves that our community know the answers to address gun violence and now have the financial support to bring their innovative ideas to the residents who are impacted the most.”

Programs to be offered through these grants include:

a youth program that provide workforce skills, self-care training, mentoring and money management;
a virtual program that teaches conflict resolution for black mothers whose children were victims of violence;
a Science Technology Engineering Art and Math (STEAM) Program for youth ages 8-18 to be conducted both in-person; and
a financial literacy program for youth and families.

Each grant winner will submit an implementation plan to the Progressive Life Center, which is partnering with Building Blocks DC in the management of the grant program. The community grant program includes a special Technical Assistance session that will be held in August to assist applicants from the first round who want to re-apply for future grants.

“This is just the first step in a program we believe will help promote the co-creation of public safety in our communities and have a positive impact across the District of Columbia,” said Charles Evans, PLC’s DC Regional Director.

The next community grant application cycle is scheduled to begin the first quarter of FY22, between October and December of 2021.

To view the complete list of the recipients from the first round of BBDC grants, visit buildingblocks.dc.gov.”

More Stories
“will require proof of a covid vaccination until further notice at Pitchers/ALOHO and masks”This is either a really good sign, or a really bad sign – checking in on Local 16