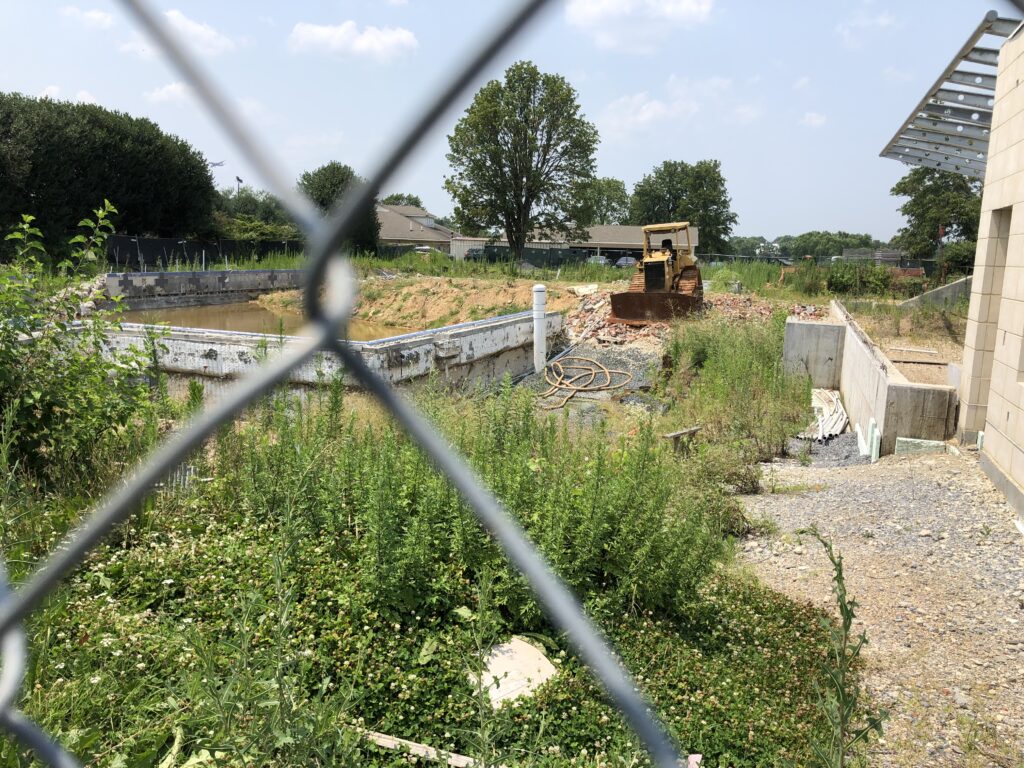 “This is the sad state of affairs.

So ignored that the heavy equipment is rusted now.
Nobody lives there so there aren’t eyes on it.
But the fact that a fully functional pool went into renovations and has laid fallow for several years now is worthy of investigation.
I know there were issues with Pepco, and then sub-surface flooding.
But millions have been poured into this project. And it doesn’t seem that anyone is in charge.
DGS, DCPR?”

Back in November 2020 we updated from a reader’s interaction with DPR “I’m sad to share that they are filling in the pool with dirt and it seems that the pool may never be completed. DPR directed me to the updated project page which states “It has become necessary to demobilize and stabilize the East Potomac Pool project due to deteriorating site conditions from significant and unforeseen groundwater intrusion that ultimately made the continuation of the project both safety and cost prohibitive.

Demobilizing involves halting the original project work. Stabilization involves deconstructing what was put in place during the project, filling in any excavations, and grading the site to prevent stormwater run-off and ponding. We are disappointed that the current course of action has become necessary but believe it is in the best interest of District residents and taxpayers. Working with our partners at the Department of Parks and Recreation, DGS strives to maximize park and recreation spaces, especially for opportunities to swim. We will continue to deliberate about next steps and will follow up with the community once there is further direction for the project.”

More Stories
“recommendations for hotel/private pool in the city?”Highly Anticipated Adams Morgan Movie Nights Return With “Made in DC” Movies