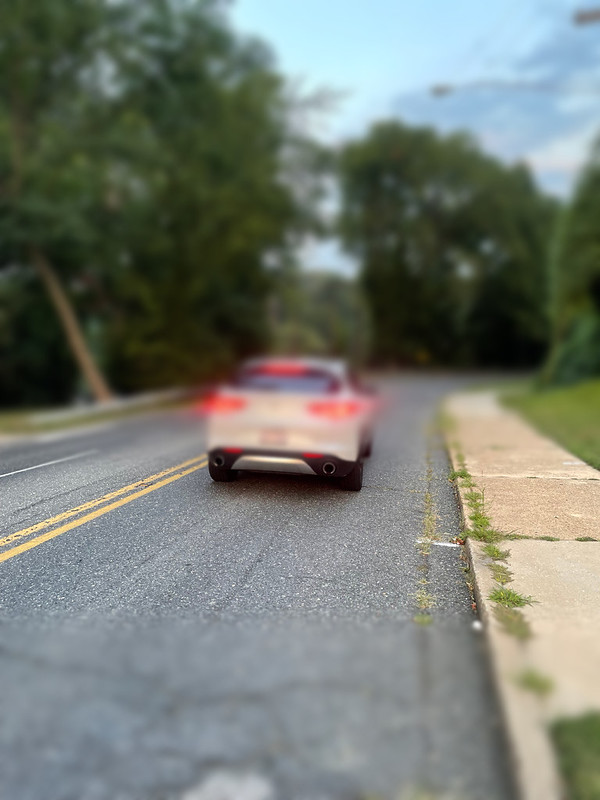 Was riding with a group of about ten cyclists last night heading down MacArthur Blvd. Right near where it meets Sangamore, a driver in a white Alfa Romeo SUV started leaning on their horn. Then as they passed (dangerously close, giving us less than three feet) they began shouting expletives at our group. None of this fazed me too much – I’ve handled my fair share of abuse from unhappy people in cars – but what happened next really put me off.

After the illegal pass, the car proceeded to come to an illegal stop in the middle of the road on a downhill stretch, putting us and any other traffic in danger, and waiting for our group to catch up so they could shout some more. Photo of the (stopped) car is attached here.

tl;dr: drivers, feel free to shout nasty words but don’t break the law and put people’s lives at risk. And if anyone knows the driver of this very nice car please tell them to chill out.”

More Stories
“Get your takeout while you still can! I’m devastated to see them go.”Danny Meyer on NYC and DC Restaurants, “all staff and customers will be required to show vaccination proof.”