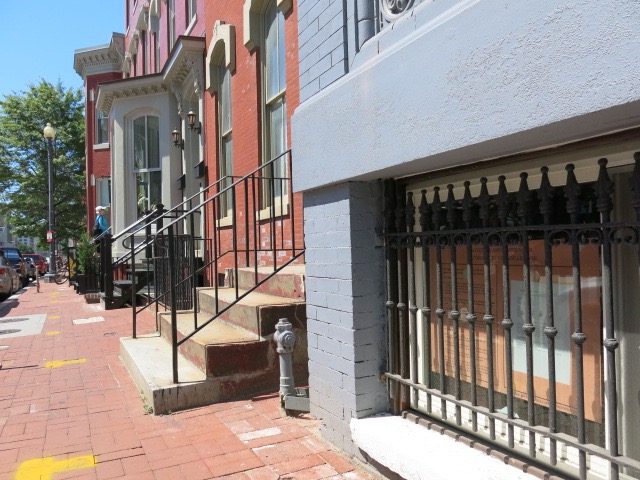 “Monument Retail, the retail division of Monument Realty, announces today the signing of a long-term lease to reopen the acclaimed Eighteenth Street Lounge (ESL) in its new location in Blagden Alley.

ESL owner Farid Nouri tasked Valerie Mnayarji of Monument Retail to represent the 25-year-old brand in finding its new location, trusting her real estate expertise and DC-market knowledge. “Finding a new space for the iconic nightlife and entertainment staple, keeping in line its existing clientele while adjusting to the changes in the market was a challenge but high priority,” said Valerie Mnayarji of Monument Retail. “With its new location, nestled in a vibrant and dynamic community driven by a high-end restaurant scene, ESL will be a revamped version of its original successful concept, capitalizing on the shift towards the eastside of the district.”

The new Eighteenth Street Lounge will be located at 1230 9th Street NW.

The new space is bifurcated between two floors which will feature a bar on each level and likely two distinct music offerings like the previous concept, which housed multiple rooms with different music options. The main entrance will be found on 9th Street NW and will open up to access Blagden Alley. The second floor will feature a rooftop deck, keeping in line with the similar layout of the previous space. While remaining true to its original roots, Eighteenth Street Lounge will now incorporate a food component to expand its offerings.

“Being in Blagden Alley means ESL neighbors complementary establishments, including Michelin-starred restaurants,” said Farid Nouri, Owner of Eighteenth Street Lounge. “After a full year of searching with my retail specialist, Valerie Mnayarji of Monument Retail, we were able to identify this location as the most appropriate new space for our updated concept to cater to the demographic that is the base of ESL.”

Eighteenth Street Lounge looks forward to welcoming you back.”

Read more →
More Stories
“DC’s Royals: A Celebration of Drag”“NoMa is having a week”