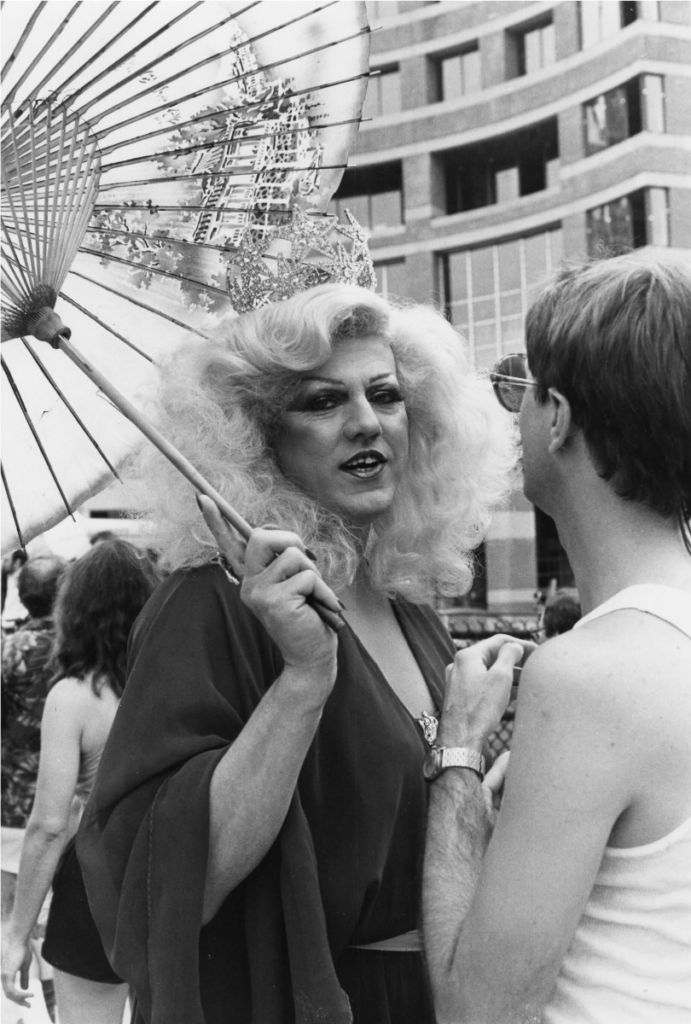 From Dupont Underground and Washington Blade:

The exhibition showcases a mix of photographs and video footage that authentically honor the roots of drag in America, while celebrating the power, pride, and leadership that define the community.

The opening will also feature live performances, beginning at 8pm.

The history of DC can’t be understood without the story of drag, which inspired a generation to embrace its power and raise its voice.

Our Red Line Bar will be open and serving a variety of beer, wine, and nonalcoholic beverages.”