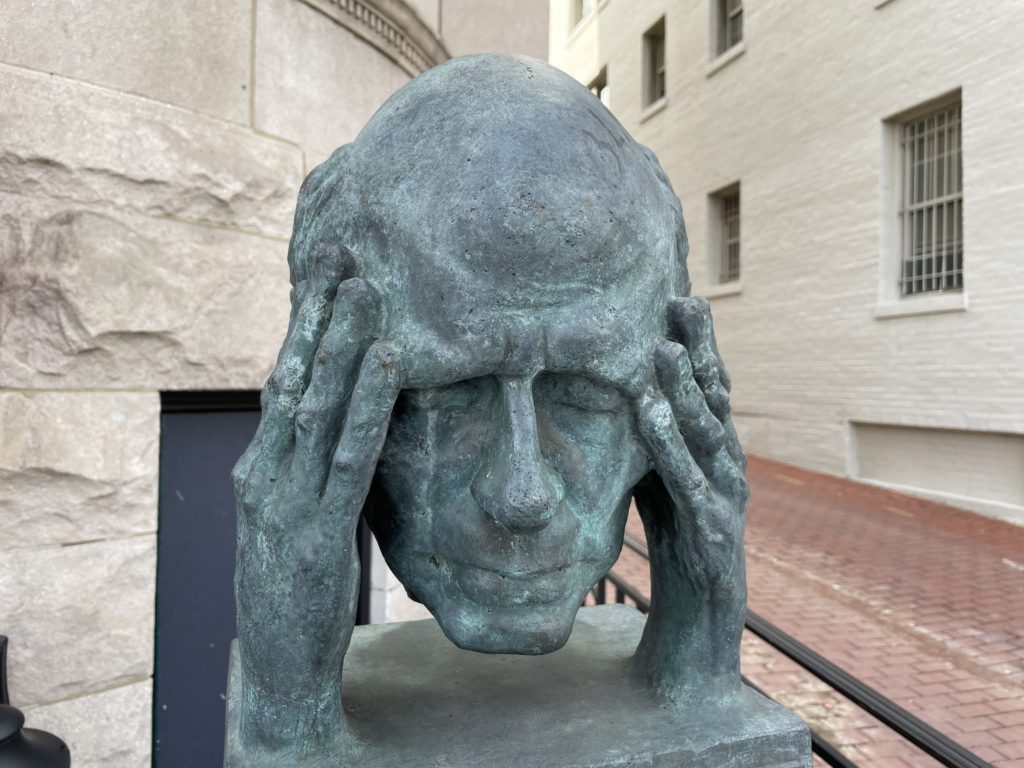 Construction contractors renovating a building on 13th Street NW in Columbia Heights have left equipment — particularly a pile of sheet rock — in a Zone 1 parking space for over a week now. Meanwhile, there’s ample space to stack the supplies in the building’s (mostly flat) front yard, so I’m not certain why they’re leaving it in the street.

We’ve contacted 311 to no avail — a junk truck for the project has also been parked in front of the building for months, with no apparent permit, either.

In the grand universe of things, obviously this is small potatoes. But as the city’s reopened and parking has gotten scarce again, it’s gotten aggravating — especially as the rest of us so easily get parking tickets! City meanwhile hasn’t responded. Any advice?”