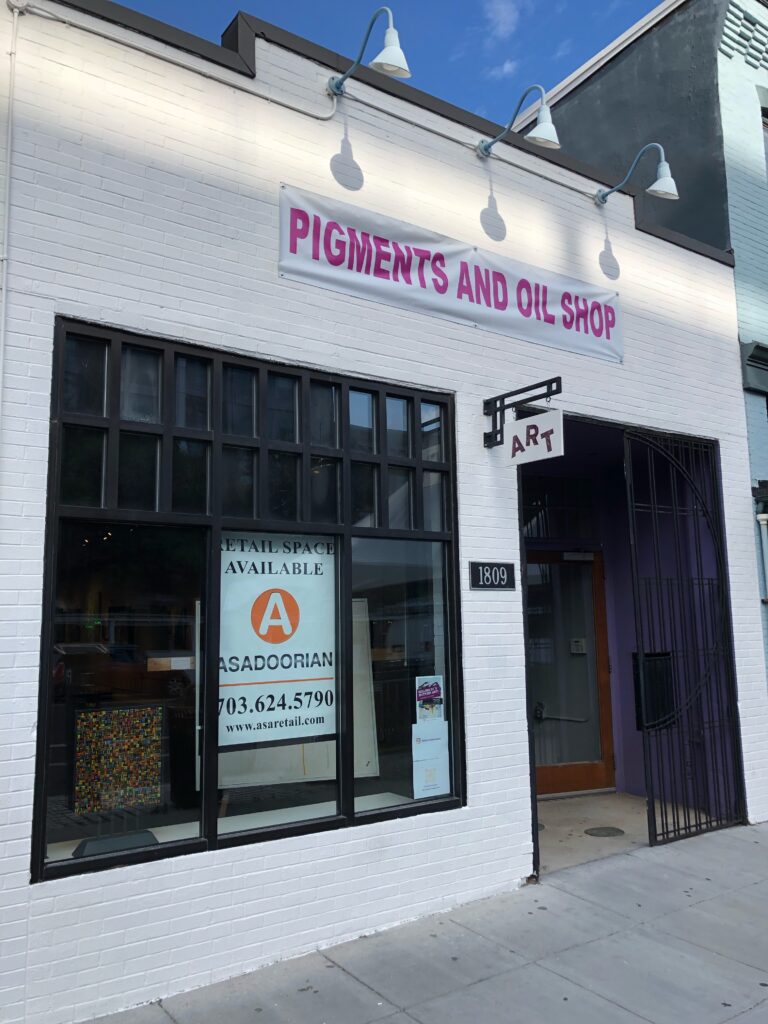 “A new art pop up gallery is making its debut on 14th street. The Pigments and Oil Shop, whose mission is to showcase local artists while making the highest quality art accessible throughout the DMV, is located at 1809 14th Street, NW adjacent to south side of the currently sidelined Black Cat. The gallery is currently operating and is scheduled to have a formal opening reception next Friday June, 11 from 6:00- 9:00 PM. A collection of established local artists will be featured for the next two months.

A post shared by Pigments and Oil Shop (@pigmentsandoildc)

The Shop is owned and operated by a brother and sister pair, Adrian and Alex Giannattasio, both born and raised a block away from the gallery. Adrian, 23, recently graduated in Finance from Boston College and his sister Alex, 21, is taking a gap year from Princeton. As a young preschooler, Adrian fell in love with art and began to develop as a painter. Alex is now an accomplished classical singer, she entered the arts world at the age of 10.

The building where the Pigments and Oil Shop is located has returned a full circle since 14th Street was redesignated “The 14th Street Corridor Arts Overlay District”. Almost forty years ago for a short period of time it served as home of the Source Theatre, the building became the home of the Ultimate Value Thrift Store, selling used appliances and clothing to neighborhood residents. With the development of the Reeves Center and the opening of the metro on U street, for almost ten years, the building served as the home of Go Mama Go, a fashionable housewares store and huge supporter of the LGBTQ community. Most recently the building was occupied by a consignment shop featuring women’s clothing.

Although the building is currently being advertised for lease, depending on the success of the Pigments and Oil Shop, this pop up gallery could become a permanent Art Gallery at 1809 14th Street. Let’s hope so.”