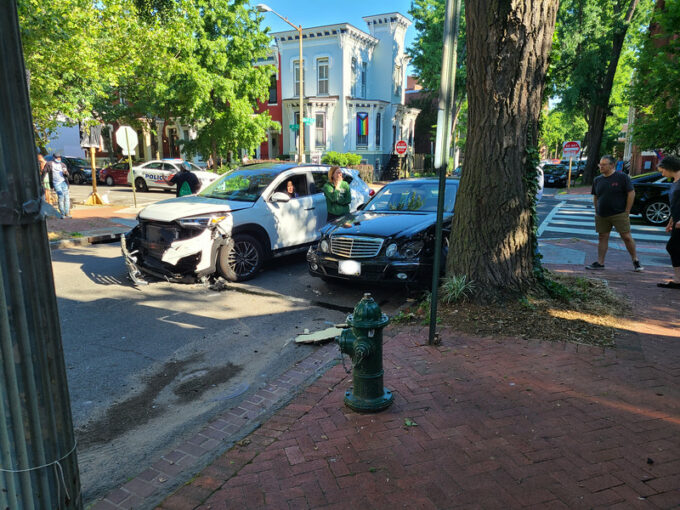 A reader sends from Marion and Q St, NW around 9am: “Stolen black Mercedes ran stop sign at very high speed and hit other vehicle. Occupants of Mercedes fled on foot”

Thanks to Kubi for sending from Logan Circle 6pm last night: 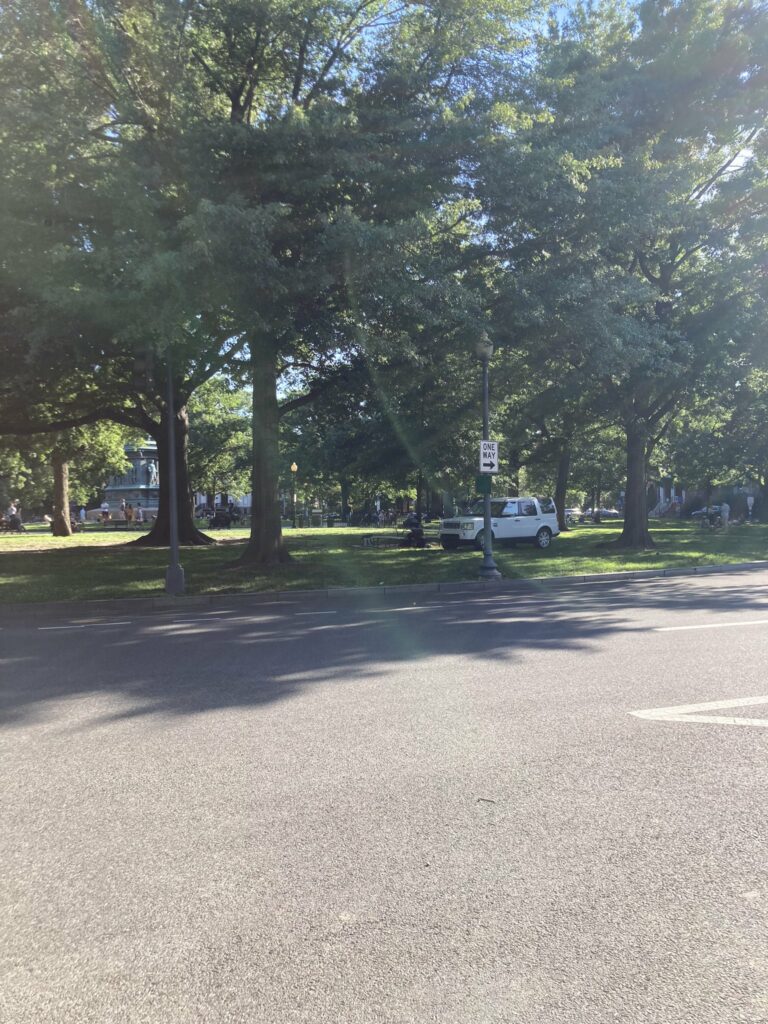 And thanks to all who sent the scary scene from 16th and U Street, NW around 8:30pm last night: 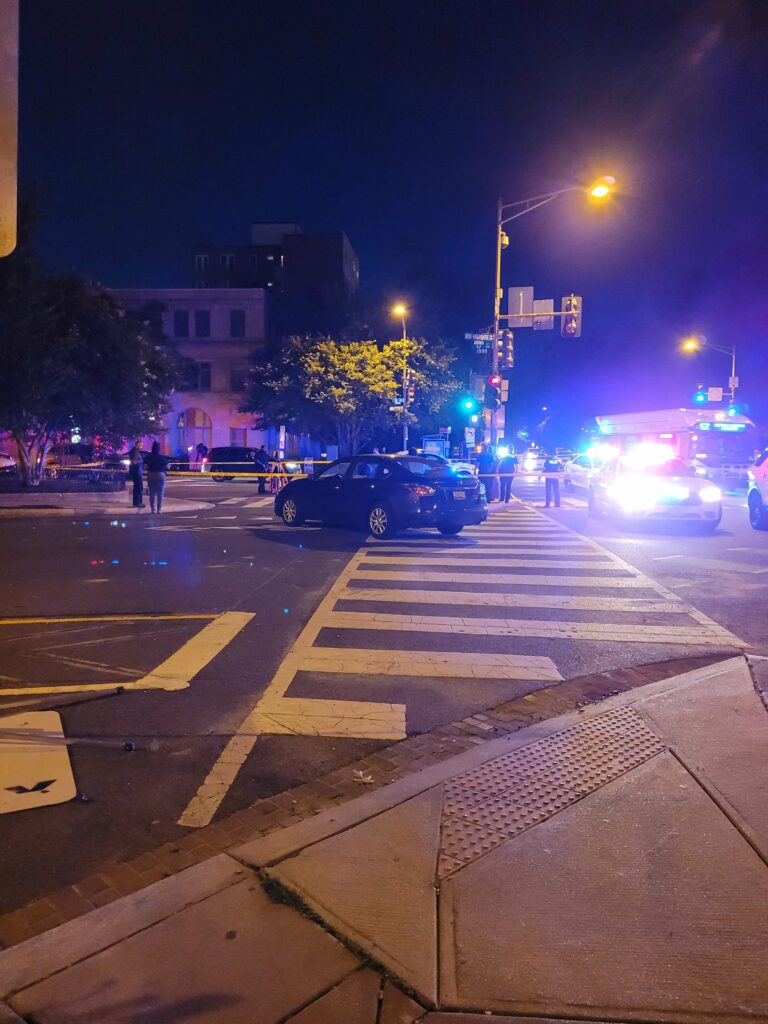 One reader writes: “a horrible hit and run at the intersection of 16th & U. The guy that was hit was flung into the air and was still moving when EMT’s arrived.”

Update from MPD: “Detectives with the Metropolitan Police Department’s Major Crash Investigations Unit seek the public’s assistance in identifying a vehicle of interest sought in a traffic crash involving a pedestrian that occurred on Thursday, June 17, 2021, in the 1600 block of U Street, Northwest.

A preliminary investigation of the traffic crash revealed that at approximately 7:50 pm, a red Honda traveling east bound in the 1600 block of U Street, Northwest, was approaching the intersection of 16th and U Street, at an apparent high rate of speed. The red Honda then proceeded through a red traffic signal and made a left turn onto Northeast bound New Hampshire Avenue, Northwest. An adult male pedestrian was crossing in a marked crosswalk, from the north to the south side of U Street, Northwest, when the red Honda lost control and struck the pedestrian. The driver of the red Honda then fled the scene and was last seen traveling northeast bound in the 2000 block of New Hampshire Avenue, Northwest.

DC Fire and Emergency Medical Services responded to the scene and transported the victim to a local hospital, where he remains in critical condition.

The vehicle of interest is described as a red in color Honda (possibly an Accord).

The vehicles of interest, described as a red in color Honda (possibly an Accord) and a grey in color pick-up truck, were captured by a surveillance camera and can be seen in the photos below: 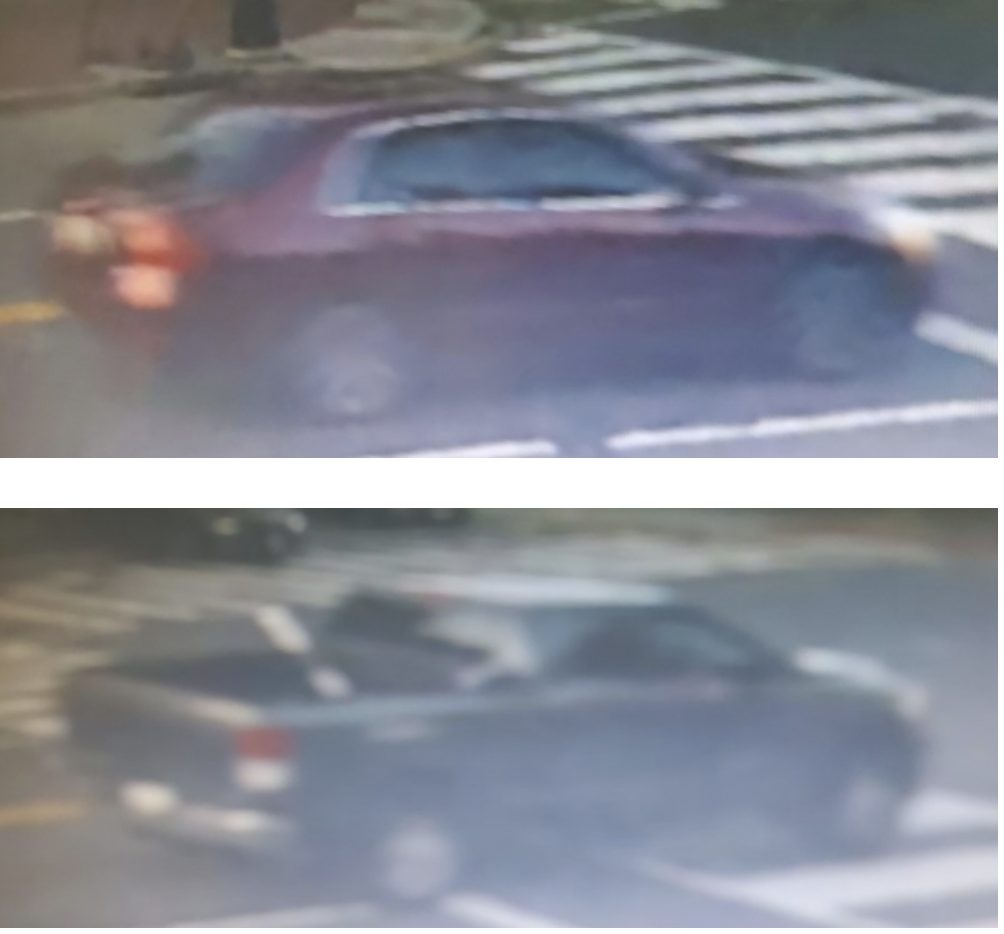 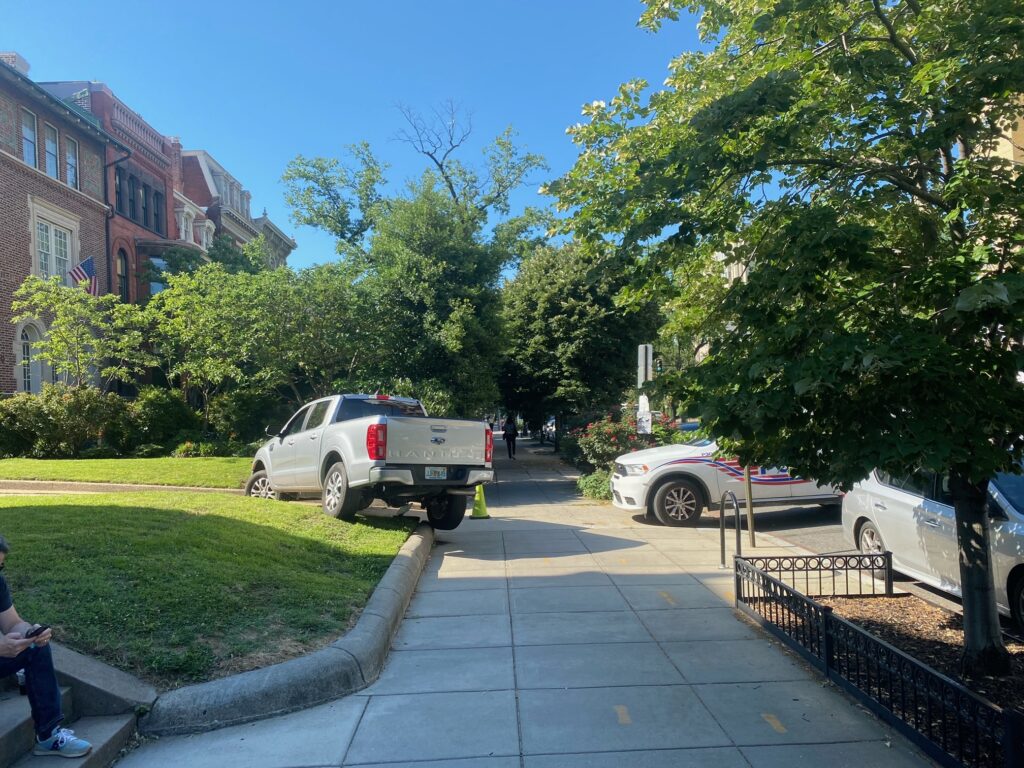 Update: Thanks to Jeff for sending around 11:15am this morning: “Note the smashed hand rail on the steps”